Navesh Chitrakar/Reuters
Relief in Nepal
A girl stands in a queue to fill her container with water near the makeshift shelters after Saturday’s earthquake in Kathmandu, Nepal on Tuesday
see more
FT Photo Diary | The Financial Times picture desk showcases the best images from around the world
http://blogs.ft.com/photo-diary/

Hani Mohammed/AP
Sanaa destruction
Shia fighters, known as Houthis, hold up their weapons as they chant slogans at the residence of a military commander of the Houthi militant group, destroyed by a Saudi-led airstrike in Sanaa,, Yemen on Tuesday

Noah Scialom/EPA
Unrest in Baltimore
A young girl peers into a destroyed Baltimore City Police car along North Avenue near a CVS that was on fire during a protest for the death of Freddie Gray in Baltimore, Maryland
see more
FT Photo Diary | The Financial Times picture desk showcases the best images from around the world
http://blogs.ft.com/photo-diary/

Day 1: Scientists have taken x-ray images of a python as it digests an alligator it has devoured. Shown above the alligator can be clearly seen inside the gut of the snake on the first day just after feeding, causing the python's body to bulge with the bulk of its meal

Two little piglets got to know each other. 兩隻小豬仔彼此認識

Graffiti
"We're now in an era where climate change isn't some kind of future hypothetical," said the overall lead author of the report, Chris Field of the Carnegie Institution for Science in California. "We live in an area where impacts from climate change are already widespread and consequential."
Reuters

Sea ice
Scientists are seen during a study of Arctic sea ice in July 2011. There are warning signs that damage to coral reefs and Arctic Sea ice may be irreversible
Reuters/NASA

Haiyan
Survivors take part in a religious procession in Tolosa on the eastern Philippine island of Leyte on November 18, 2013, a week after Super Typhoon Haiyan devastated the area. Deadly storms like Haiyan, Sandy and Nargis may not have been caused by warming, but their storm surges are augmented by ever rising seas
AFP

Air china
A traffic policeman signals to drivers Harbin, Heilongjiang province, on October 21, 2013, when pollution forced the closure of schools and highways
Reuters

Air russia
Tourists walk on Moscow's Red Square in heavy smog caused by peat fires in nearby forests, on August 9, 2010 during Russia's worst heatwave in over a century
Reuters

Drought australia
March 12, 2014: A small dam is seen in a dry paddock next to an area that has been affected by a recent fire on the outskirts of Melbourne. Australia endured its hottest year on record in 2013, with average temperatures 1.2 degree Celsius above the long-term average of 21.8 degrees, and breaking the previous record set in 2005
Reuters 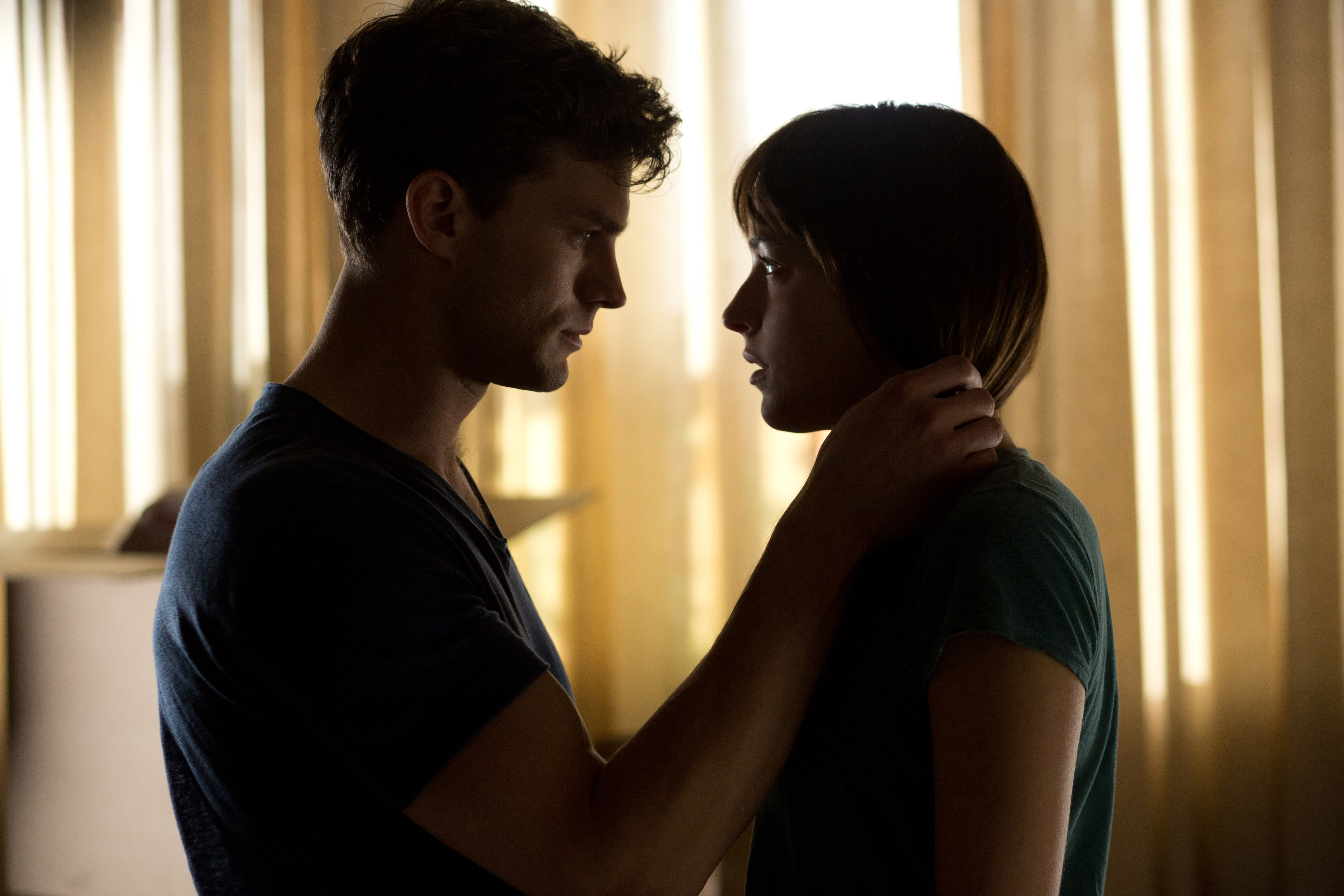 Universal/Focus Features
see more
These Were the Hardest Scenes to Shoot for the Stars of Fifty Shades of Grey | TIME
http://time.com/3690811/fifty-shades-of-grey-jamie-dornan-dakota-johnson-interview/ IN PHOTO: Actors Jamie Dornan (L) and Dakota Johnson arrive for the British premiere of 'Fifty Shades of Grey' in London February 12, 2015. Reuters/Paul Hackett
see more
'Fifty Shades Of Grey' 2&3 May Be Delayed: E.L James Wants To Have More Say In The Creative Process Of The Film--Report
http://au.ibtimes.com/fifty-shades-grey-23-may-be-delayed-el-james-wants-have-more-say-creative-process-film-report

see more
Dakota Johnson in Red Mini Dress On 'How To Be Single' set in NYC
http://www.gotceleb.com/dakota-johnson-on-how-to-be-single-movi-set-in-nyc-2015-04-23.html

Malerie Marder for TIME
see more
These Were the Hardest Scenes to Shoot for the Stars of Fifty Shades of Grey | TIME
http://time.com/3690811/fifty-shades-of-grey-jamie-dornan-dakota-johnson-interview/