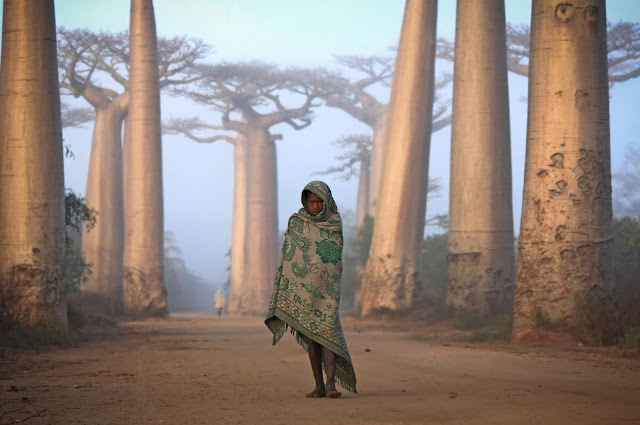 One of seven Merit winners, by Ken Thorne. "Near the city of Morondava, on the West coast of Madagascar lies an ancient forest of Baobab trees. Unique to Madagascar, the endemic species is sacred to the Malagasy people, and rightly so. Walking amongst these giants is like nothing else on this planet. Some of the trees here are over a thousand years old. It is a spiritual place, almost magical." (© Ken Thorne/National Geographic Traveler Photo Contest) # 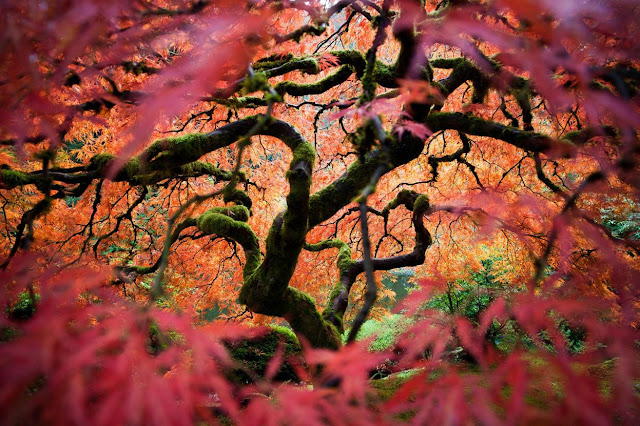 A Japanese maple, by Fred An, one of seven Merit winners. "This is the great Japanese maple tree in the Portland Japanese Gardens. I tried to bring a different perspective of this frequently photographed tree." (© Fred An/National Geographic Traveler Photo Contest)

One of seven Merit winners, by SauKhiang Chau. "The Last Supper Of Da Vinci? No, They are just some old men of Chefchaouen with djellaba, sitting and talking each other." (© SauKhiang Chau/National Geographic Traveler Photo Contest) #

One of seven Merit winners, by Peter DeMarco. "More than 2,000 Buddhist temples and pagodas fill the plains of Bagan. Once the capital of the Pagan Empire, farmers now raise their livestock within the centuries old complex. The best way to see Bagan, apart from a ride on a hot air balloon, is by bicycle. It's easy to get off the beaten path and live out your wildest Indiana Jones fantasy." (© Peter DeMarco/National Geographic Traveler Photo Contest) #
Winners of the National Geographic Traveler Photo Contest 2012 - In Focus - The Atlantic
http://www.theatlantic.com/infocus/2012/08/winners-of-the-national-geographic-traveler-photo-contest-2012/100353/
The Reel Foto: The National Geographic Traveler Photo Contest 2012 Winners
http://reelfoto.blogspot.tw/2012/08/the-national-geographic-traveler-photo.html

Photo and caption by Yanai Bonneh

"Cheetahs jumped on the vehicle of tourists in Masai Mara national park, Kenya. —Yanai Bonneh National Geographic Traveler Director of Photography Dan Westergren, one of this year's judges, shares his thoughts on the third place winner: “I've seen a few different pictures of cheetahs on tourist vehicles. Apparently they like to use the cars as a higher vantage point to look around. But, this picture of the cheetah skirting the open roof of this Land Cruiser brings a new vision of danger to the safari experience. It's a fun photo to look at because of all the secondary activity. The photographer in the front seat is turned around with camera to eye, but then there's the woman in the middle row, trying to capture a selfie with the cheetah in the background. Danger and subtle humor combined in one picture. What could be better?”

Photo and caption by Chan Kwok Hung
"Guanjiang Shou troupes are one of Taiwan most popular activities that may be seen all over Taiwan at traditional folk religion gatherings. With their fiercely painted faces, protruding fangs and powerful, choreographed performances, they are easily recognized, They may be described as underworld police or gods' bodyguards."

Photo and caption by Dody Kusuma  "The fisherman at Bira Beach"

Photo and caption by Nikola Smernic
" Streets of Queenstown, New Zealand at the end of one more day filled with adrenaline. Calming and doleful scene with piano sound in the

Photo and caption by Hideyuki Katagiri
"Cherry blossom is called Sakura in Japanese.Cherry blossom is Japanese symbolic flower.There are various kinds in a cherry tree and an especially old cherry tree has many kinds called Edo-Higan. The trees of the cherry tree exceeding hundreds of years are located in a line with a nebula this temple, and if spring comes every year,can looks at a powerful spectacle can do it. This photograph focused on Edo-Higan and photographed Beni-Sidare which is back together."

Photo and caption by Graham McGeorge
" Masters of disguise. The Eastern Screech Owl is seen here doing what they do best. You better have a sharp eye to spot these little birds of prey."

Photo and caption by max seigal
"I hiked out to these ruins at night hoping to photograph them with the Milky Way, but instead a thunderstorm rolled through, creating this dramatic image. —Max Seigal National Geographic Traveler Director of Photography Dan Westergren, one of this year's judges, shares his thoughts on the second place winner: “This photo combines two different scenes into one: the small kiva in a cliff dwelling and the grand vista of Canyonlands National Park across the valley. I really like the two different color palettes—warm inside and purple outside. This two-for-one scene was caused by the lightning storm outside the dwelling, which lit up the landscape like it was a huge electronic flash. Looking at this picture I can imagine what a wonderful sight it must have been for the ancient people who lived here. It doesn't seem too amazing now in our modern world, but might have been mind-blowing for the prehistoric residents.”

Photo and caption by Wagner Araujo
"I was in Manaus, Amazonas, during the Brazilian Aquathlon (swimming and running) championship. I photographed it from the water and my lens got completely wet, but there was so much energy in these boys that I just didn't worry about that." —Wagner Araujo National Geographic Traveler Director of Photography Dan Westergren, one of this year's judges, shares his thoughts on the first place winner: “This photo really captures my attention because of the peak action it depicts. I love the horizontal tension caused by the main subject on his way out of the picture to the right. Classic photographic rules of composition say that you should not have subjects moving out of the frame, but this shot shows that sometimes the most exciting photo can be made by breaking the rules. I also love the body language of the main subject; he's trying to lean forward but still holding back to get his last breath before plunging into the water. Finally, the addition of the tall buildings along the waterfront makes this more than just a sports picture; it’s also a portrait of Manaus, Brazil.”
Nat Geo Traveler Photo Winners - Business Insider
Read more: http://www.businessinsider.com/national-geographic-traveler-photo-winners-2013-8?op=1#ixzz2p6yxItVs

An Afghan woman is reflected in a mirror 阿富汗婦女照在鏡子裡

Matthias Schrade/AP
Japan’s Noriaki Kasai soars in front of the Wilten Basilica during his trial ski jump at the third stage of the Four Hills tournament in Innsbruck, Austria.
FT Photo Diary | The Financial Times picture desk showcases the best images from around the world
http://blogs.ft.com/photo-diary/

Japan's Noriaki Kasai soars through the air to take sixth place during the second jumping of the four-hills tournament in Garmisch-Partenkirchen, southern Germany.
January 1, 2014  http://www.voanews.com/media/photogallery/january-1-2014-day-in-photos/1821623.html

JANUARY 3: Austria's Gregor Schlierenzauer takes off from the ski jump during the first practice session of the third jumping of the four-hills tournament in Innsbruck, Austria. (Kai Pfaffenbach/Reuters)
Pictures of the Week: 12.29 2013 – 01.04 2014 | CLIK/HEAR | Multimedia, photography, video showcase of The Palm Beach Post  http://clikhear.palmbeachpost.com/2013/potw/pictures-of-the-week-12-29-2013-01-04-2014/ 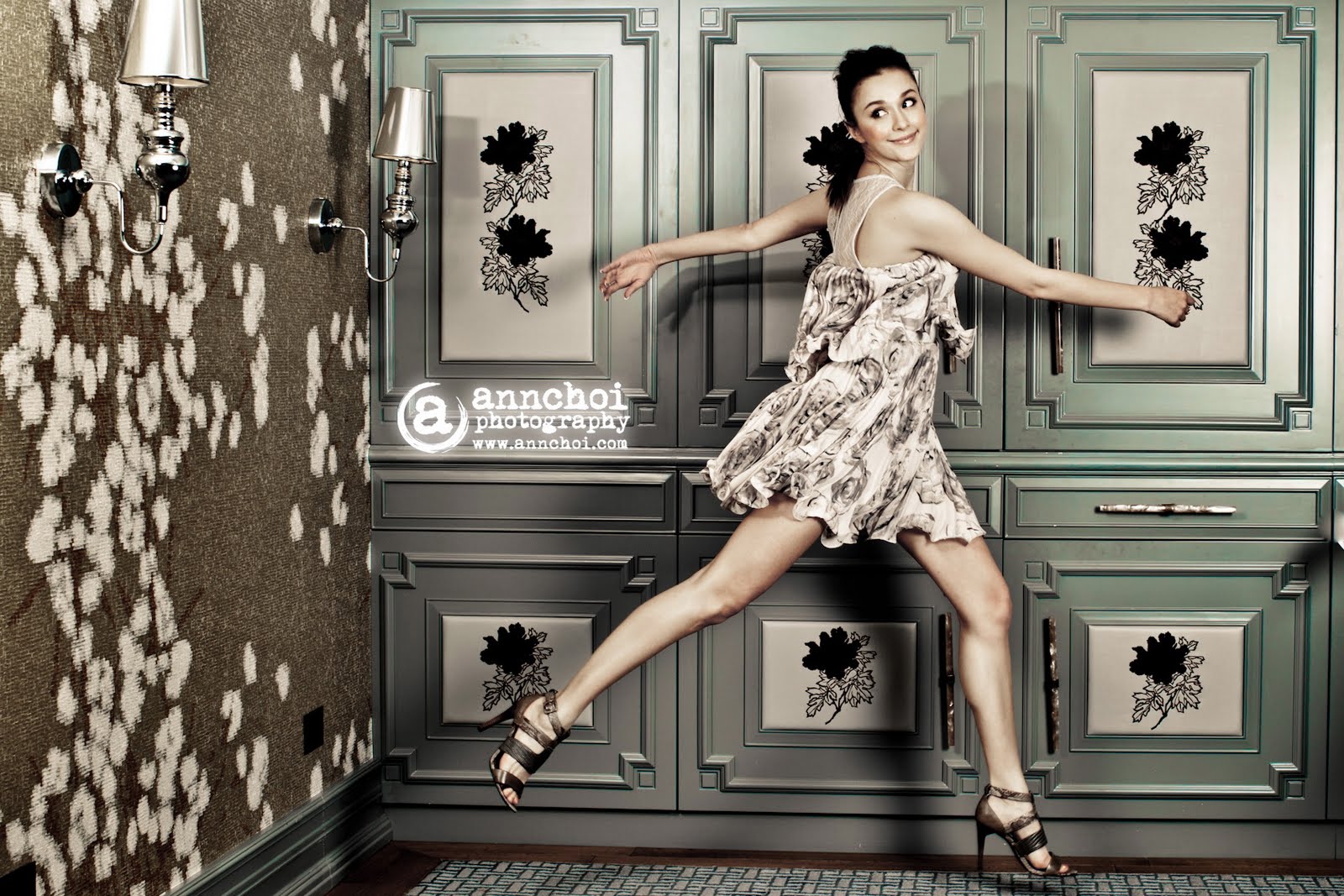 DECEMBER 31: 3D projections designed by students of the Malta College of Arts, Science and Technology are shown on the facade of the Presidential Palace and reflected in the rain-soaked ground during a rehearsal for New Year's Eve celebrations in Valletta. (Darrin Zammit Lupi/Reuters)
Pictures of the Week: 12.29 2013 – 01.04 2014 | CLIK/HEAR | Multimedia, photography, video showcase of The Palm Beach Post  http://clikhear.palmbeachpost.com/2013/potw/pictures-of-the-week-12-29-2013-01-04-2014/

Edward Lau/Reuters
Taiwan's tallest skyscraper, the Taipei 101, was converted into a launching point for fireworks to mark the new year.