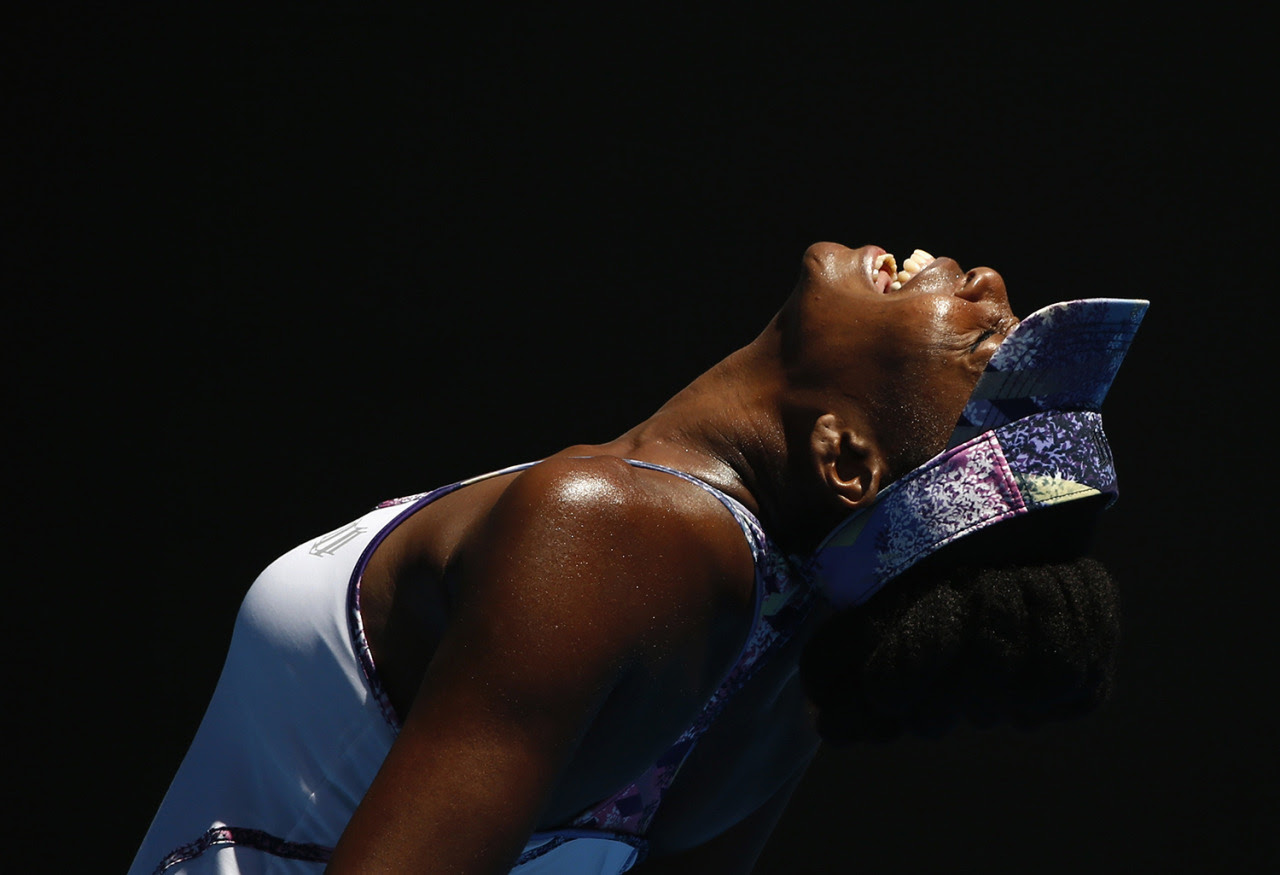 Venus Williams of the U.S. reacts during her Women’s singles quarter-final match against Russia’s Anastasia Pavlyuchenkova at the Australian Open in Melbourne Park, Melbourne, Australia on Jan. 24. (Photo: Thomas Peter/Reuters)
Photos of the day — January 24, 2017
https://www.yahoo.com/news/photos-day-january-24-2017-slideshow-wp-222740392/photo-p-venus-williams-u-reacts-photo-222740012.html 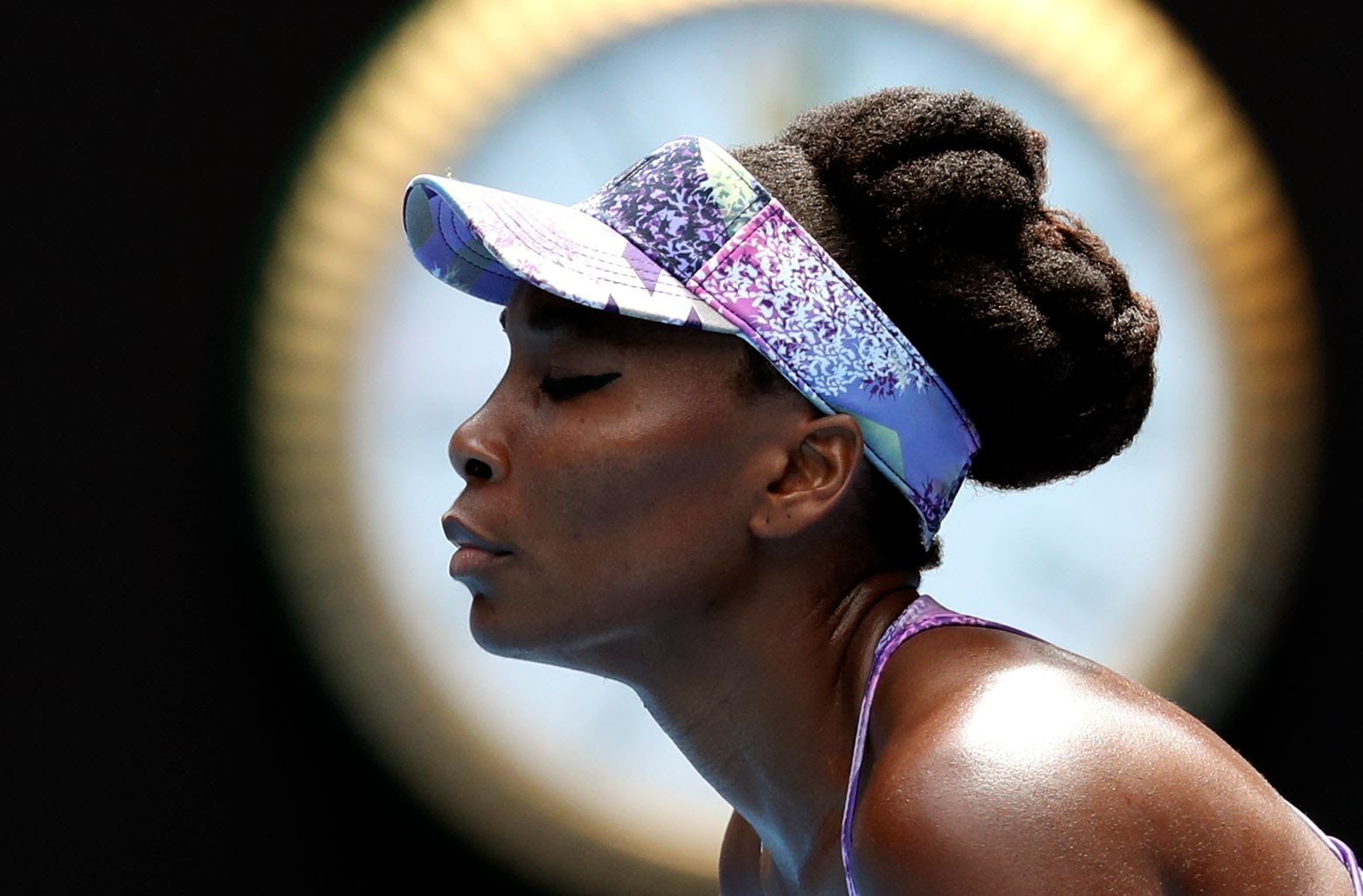 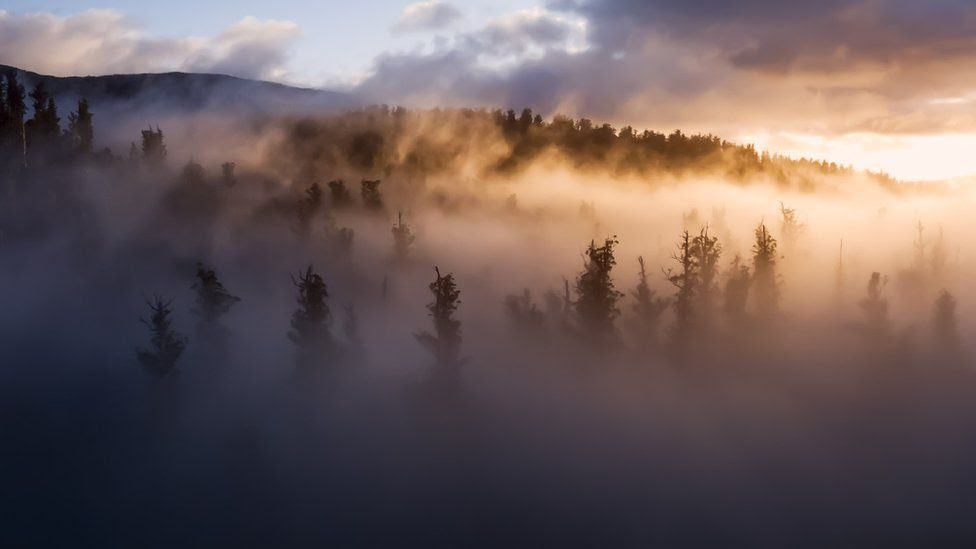 STEVEN PEARCE
The species, which is the tallest flowering plant, is also known as mountain ash or swamp gum. 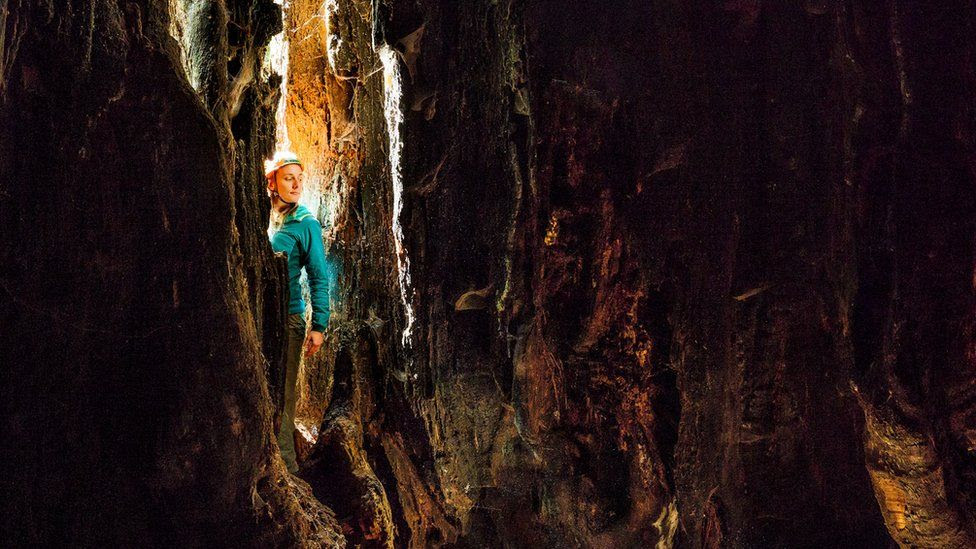 STEVEN PEARCE
Mr Pearce said he became interested in trees through his wife, ecologist Dr Jen Sanger, who studies plants that grow on other plants. A member of the National Ballet of China performs The Peony Pavilion as part of the Out of Asia 2 season showcasing Asian art at Sadler's Wells theatre in London, Britain, November 29, 2016. (Photo by Toby Melville/Reuters)

Houseboats glisten in late afternoon sunshine at their moorings on the Regent's Canal in Little Venice in London, Britain, November 30, 2016. (Photo by Toby Melville/Reuters)

Sumatran tiger Jae Jae is reflected in glass during the annual stocktake at London Zoo in London, Britain January 3, 2017. (Photo by Stefan Wermuth/Reuters)

A shopper is reflected next to the window of a clothing store in a puddle of water downtown Madrid January 19, 2010. This picture has been rotated 180 degrees. (Photo by Susana Vera/Reuters)

The sky looked on fire this morning, as it made the clouds glow red, just before sunrise at Peterborough Rowing Lake, in Nene Park, UK on January 18, 2017. (Photo by Paul Marriott/Rex Features/Shutterstock) 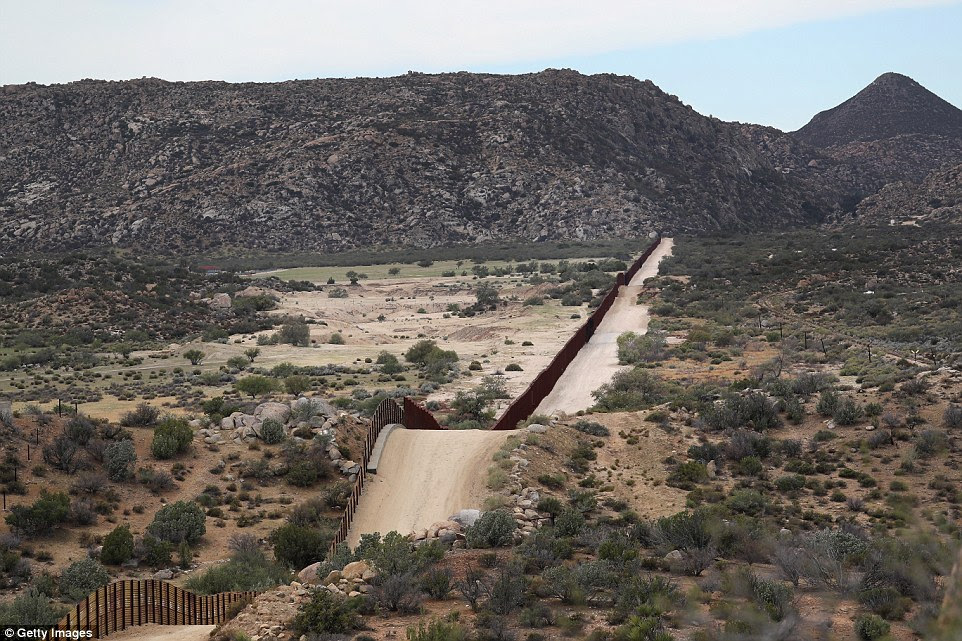 The border fence at a hillside on the US-Mexico border - President Donald Trump is pressing ahead with his election manifesto to build a 'big, beautiful wall' across the roughly 2,000-mile border. Some 650 miles of the US-Mexico border is covered already by a non-continuous series of fences, concrete slabs and other structures. However Mexican President Enrique Pena Nieto has vehemently ruled out his country paying for the wall 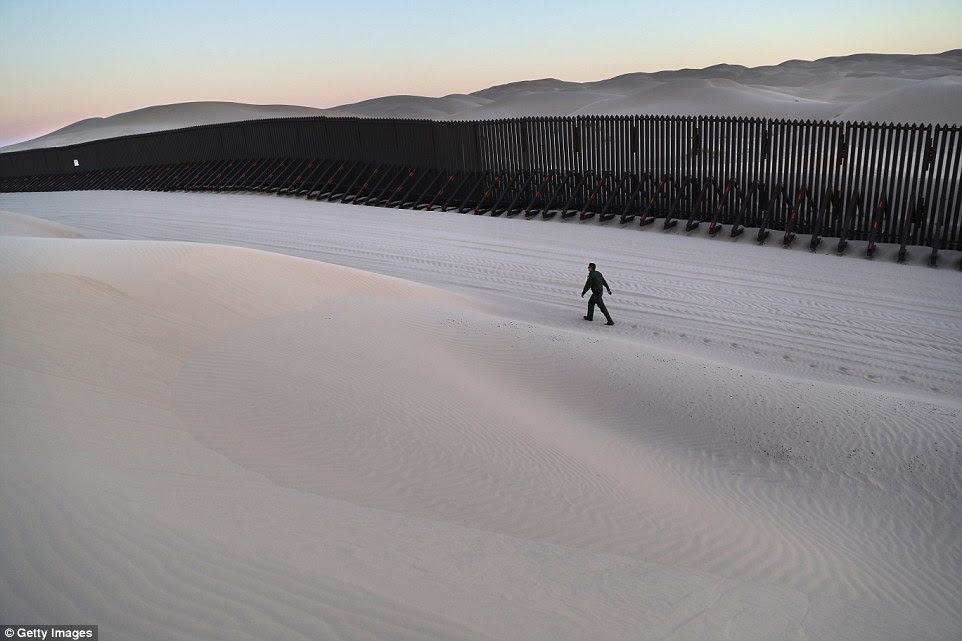 Hundreds of people attend an evening rally at Washington Square Park in support of Muslims, immigrants and against the building of a wall along the Mexican border on Jan. 25, 2017 in New York City. (Spencer Platt/Getty Images) 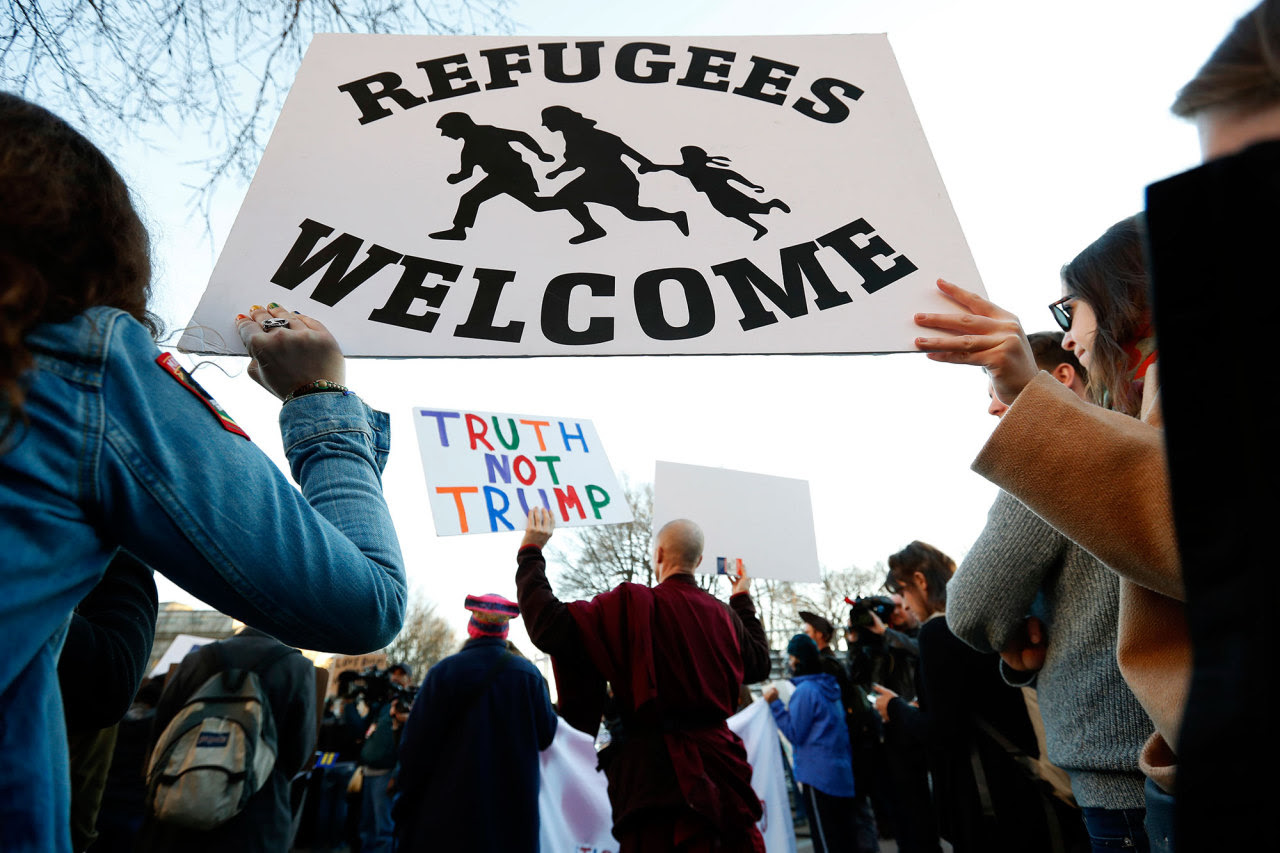 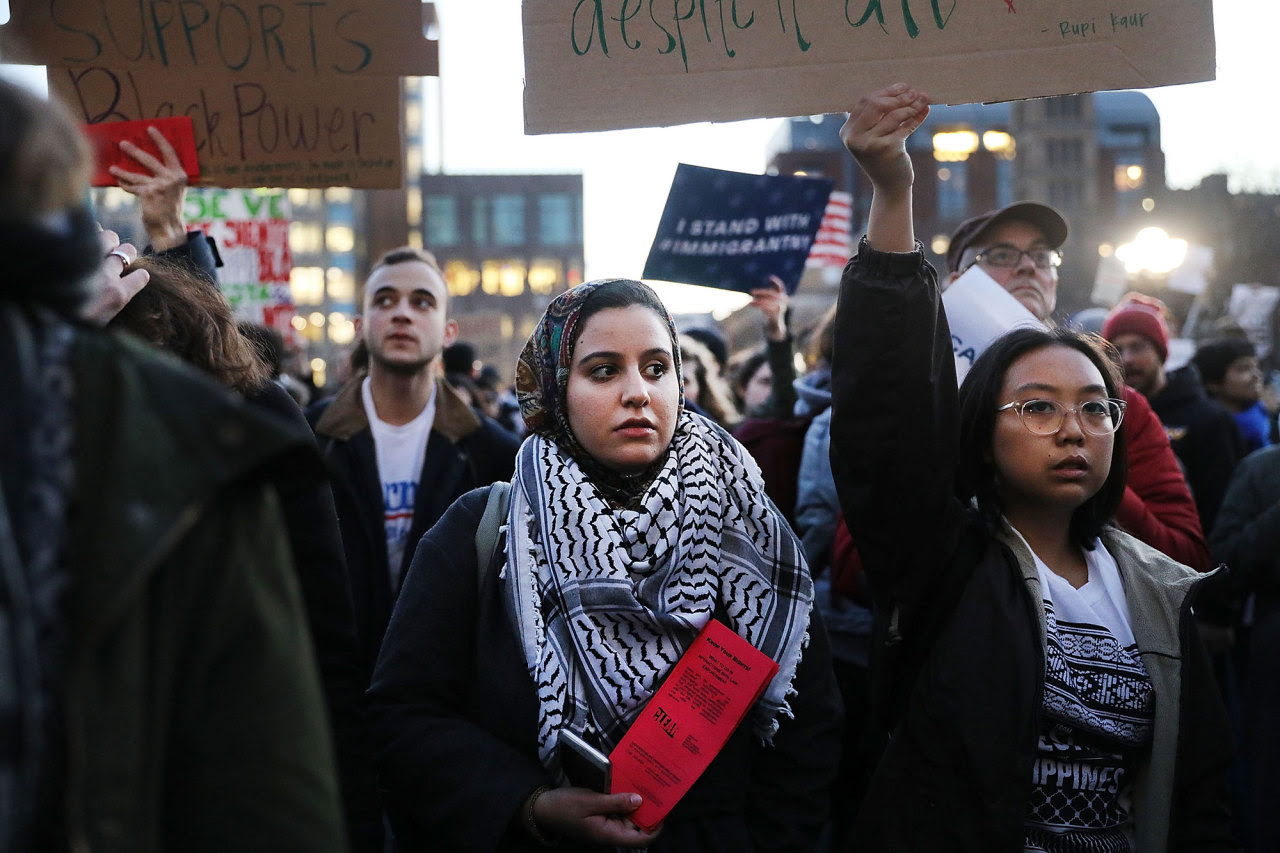 Hundreds of people attend an evening rally at Washington Square Park in support of Muslims, immigrants and against the building of a wall along the Mexican border on Jan. 25, 2017 in New York City. (Spencer Platt/Getty Images)
Anti-Trump protesters rally for Muslim and immigrant rights
https://www.yahoo.com/news/anti-trump-protesters-rally-muslim-slideshow-wp-144749475/photo-p-hundreds-people-attend-evening-photo-144749254.html
張貼者： C.H. Lin 於 上午8:57 沒有留言: 這篇文章的連結 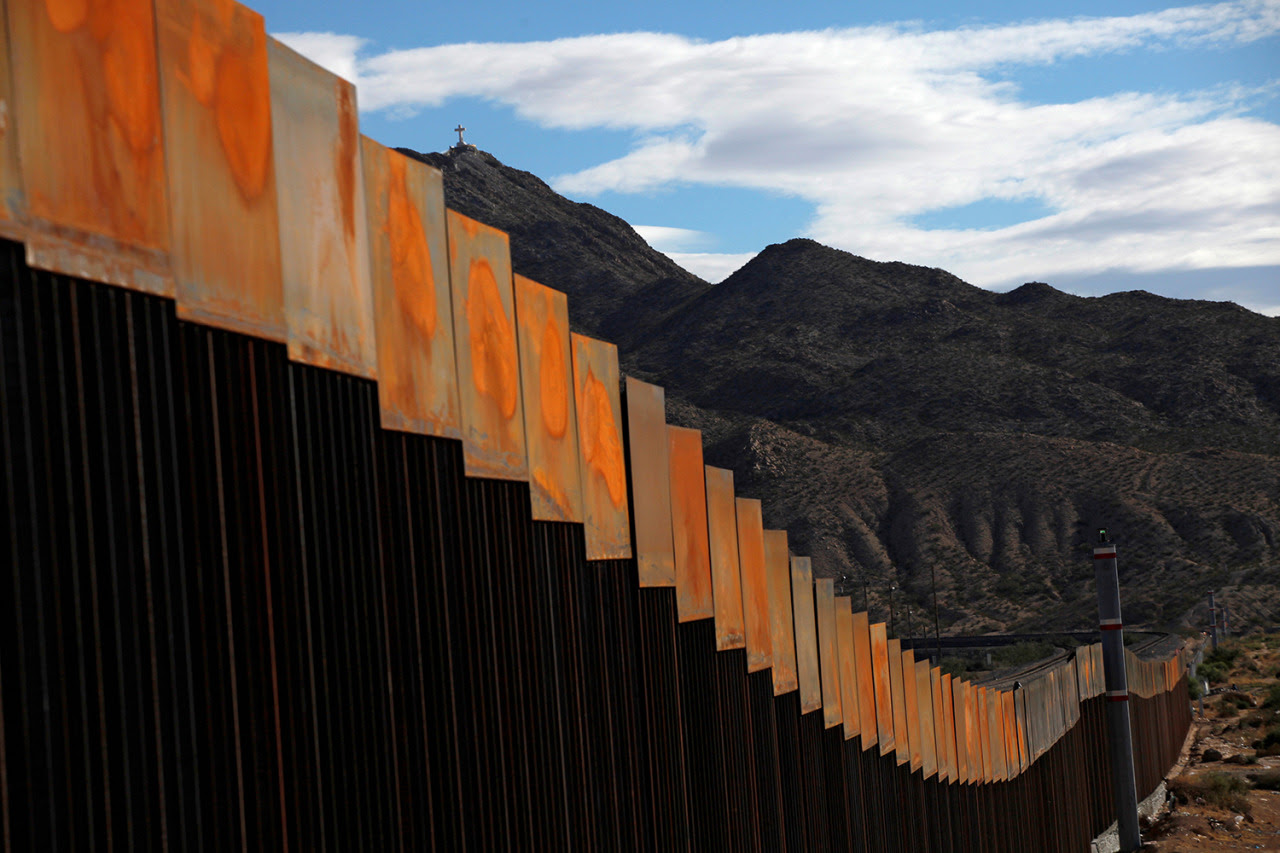 Tourists in San Diego, California, U.S. are seen behind a fence separating Mexico and the United States November 12, 2016. (REUTERS/Jorge Duenes)

People are seen next to a wall separating Mexico and the United States, as photographed from Playas Tijuana, in Tijuana, Mexico, April 10, 2016. (REUTERS/Jorge Duenes) 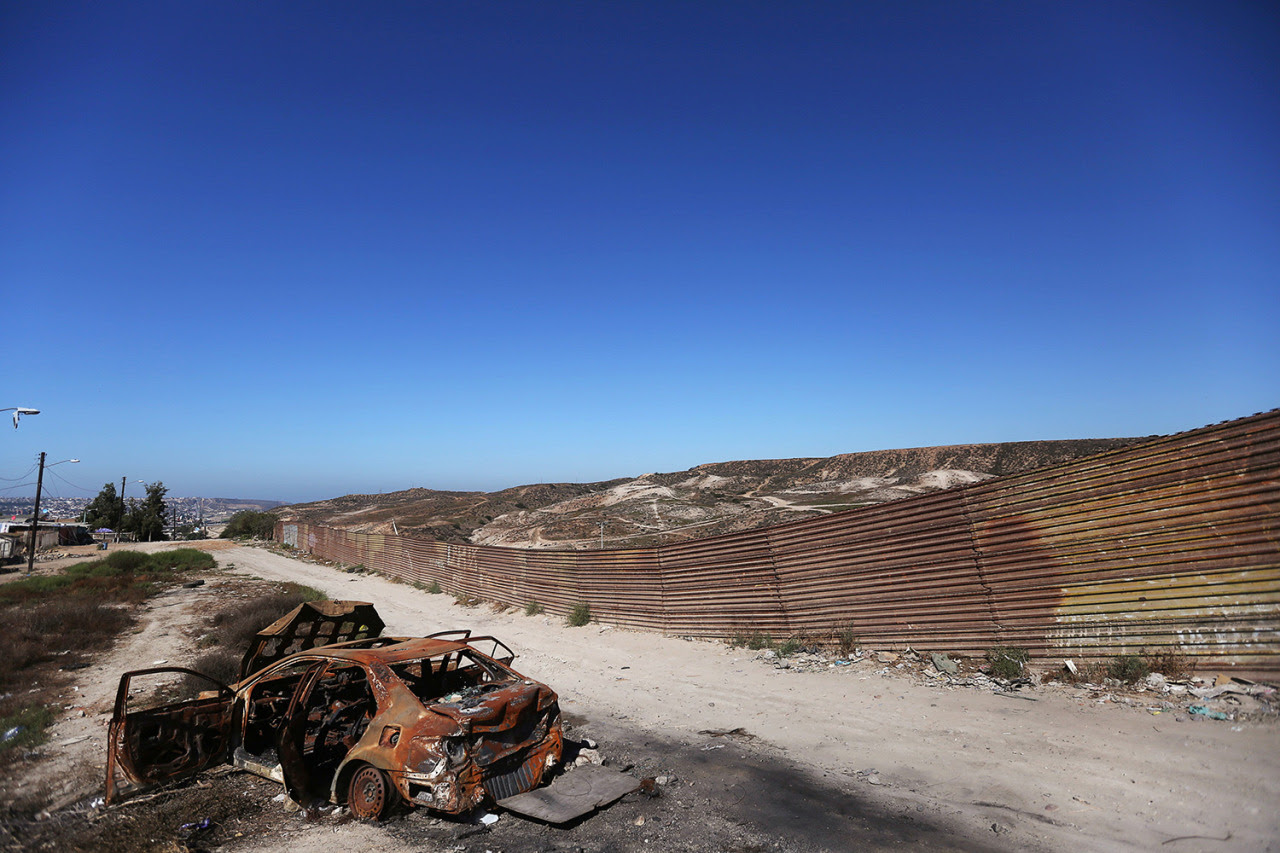 A burnt car is seen next to a section of the wall separating Mexico and the United States, in Tijuana, Mexico, October 6, 2016. (REUTERS/Edgard Garrido) 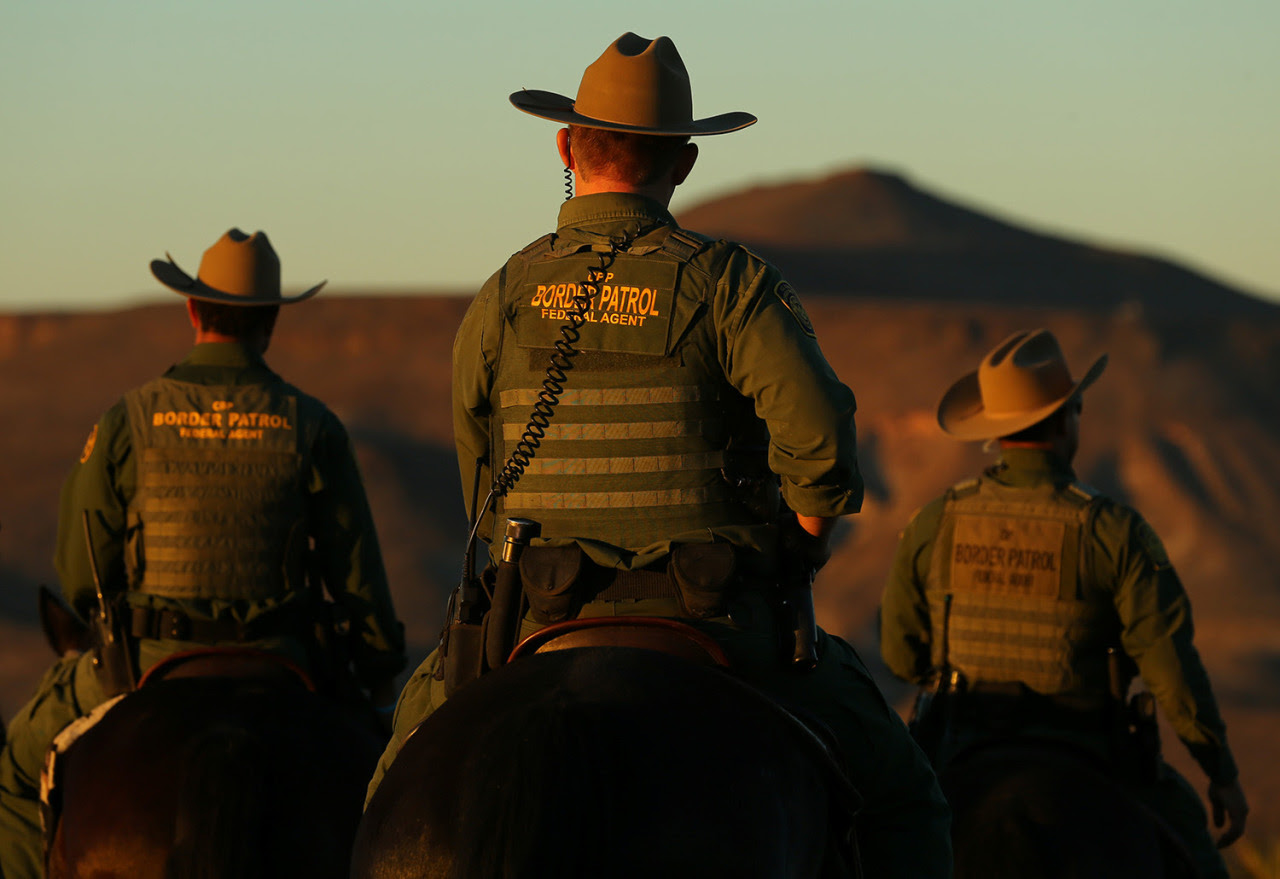 Dam near perfect. Second prize in the same category was of the Huia Dam in Auckland, New Zealand. Hong Kong-based SkyPixel was launched in 2014. (Photo by Brendon Dixon/SkyPixel)

Ice art. Third prize in the Amateur Beauty category. This image is of a frozen river in the US. (Photo by SkyPixel)

Catching the winning image. Fishermen close the net in Fujian province in China. This was the grand prize winner in the competition. (Photo by Ge Zheng/SkyPixel)

On the terraces. The competition – the first run by SkyPixel – attracted 27,000 entries, including this one of a rice terrace in China, which was one of favourites. (Photo by SkyPixel)

And they were all yellow. Uncredited landscape shot. (Photo by SkyPixel)

Rainbow lines. A track runs between the multicoloured lines of tulips in the Netherlands. (Photo by SkyPixel)

Aerial photography platform SkyPixel received 27,000 entries to its 2016 competition. Here are the winning shots plus some of our favourites. Here: A line in the sand. SkyPixel’s competition was open to both professional and amateur photographers and was split into three categories: Beauty, 360, and Drones in Use. This image – of a camel caravan in the desert – won first prize in the Professional Beauty category. (Photo by Hanbing Wang/SkyPixel)

A woman taking pictures through dense fog over the Millennium Bridge.PHOTO: EPA

People walking along The Embankment.PHOTO: REUTERS 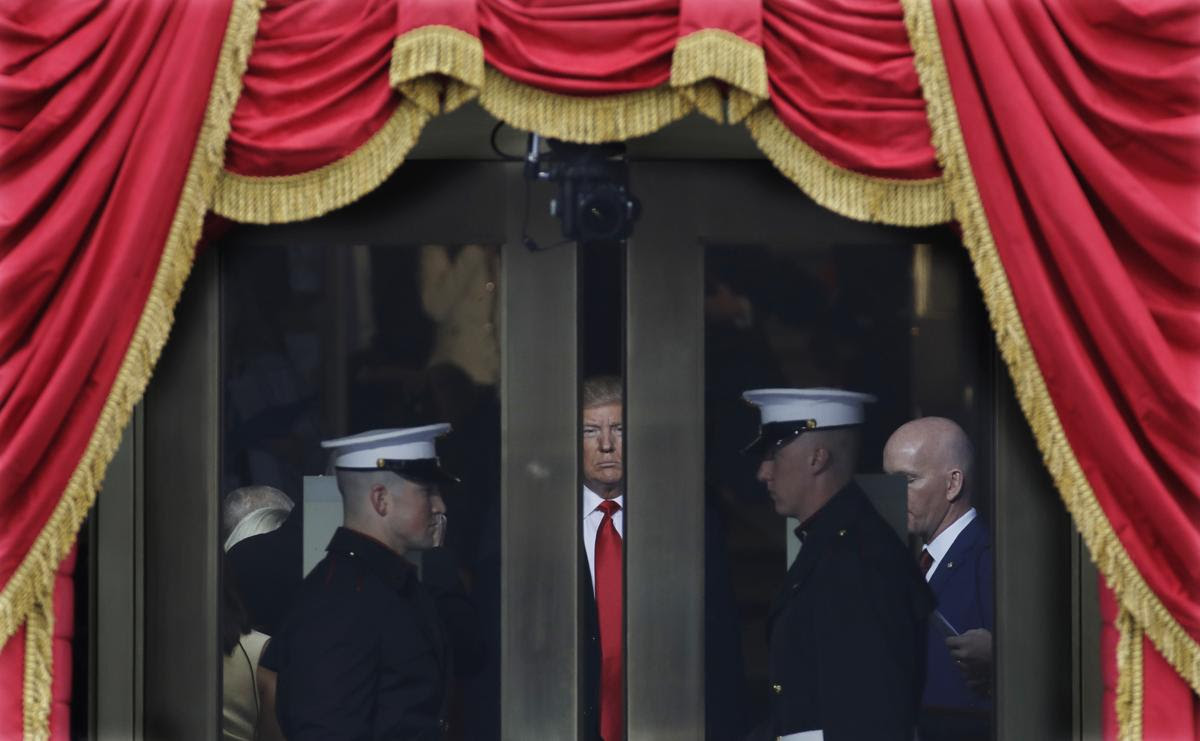 Mike Segar—REUTERS
“I think I’m a sober person. I think the press tries to make you into something a little bit different. In my case, a little bit of a wild man. I’m not. I’m actually not. I’m a very sober person.” Nov. 11, interview with 60 Minutes
Inside Donald Trump’s Chaotic Transition | TIME
http://time.com/4574493/donald-trump-chaotic-transition/ 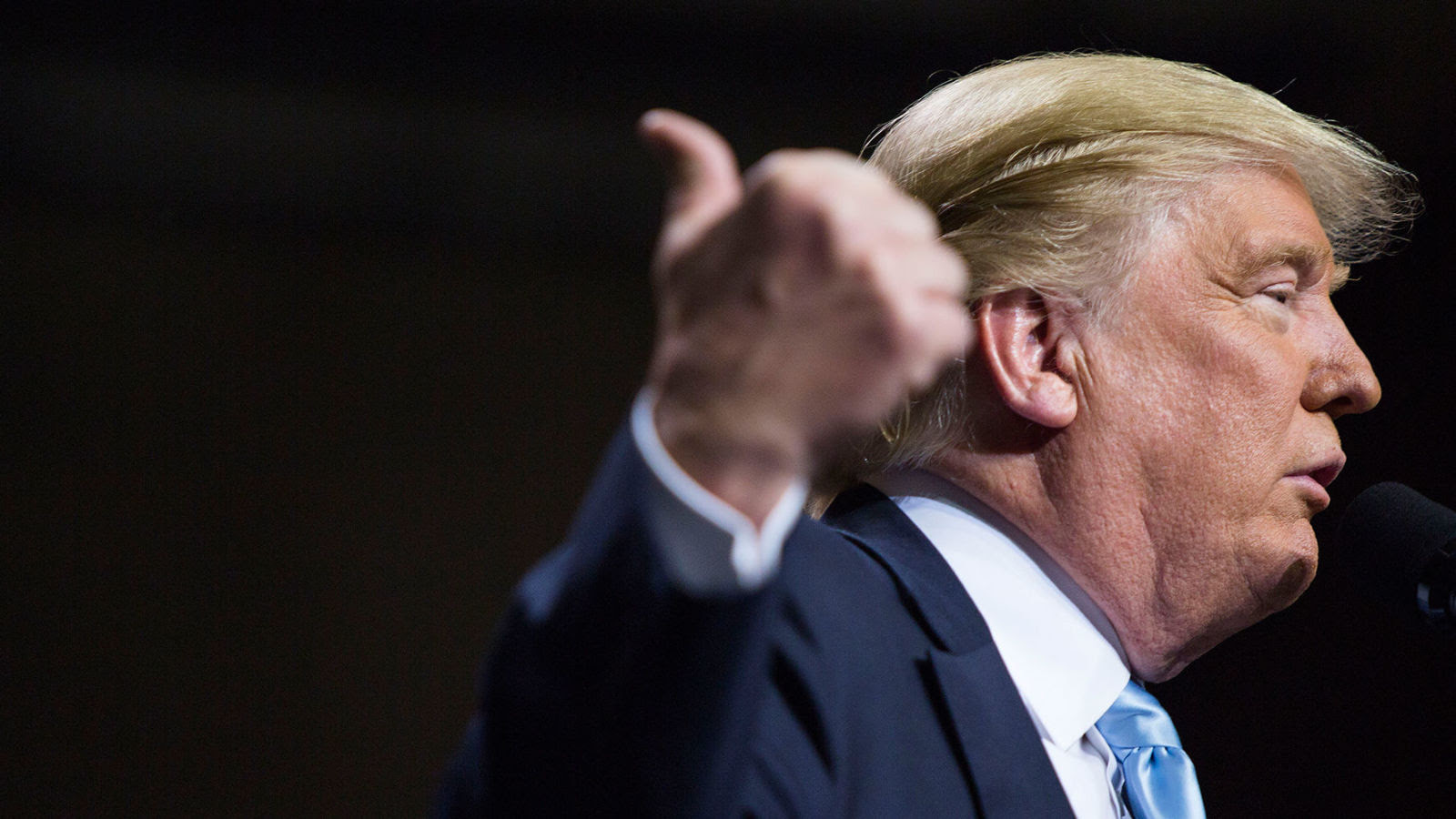 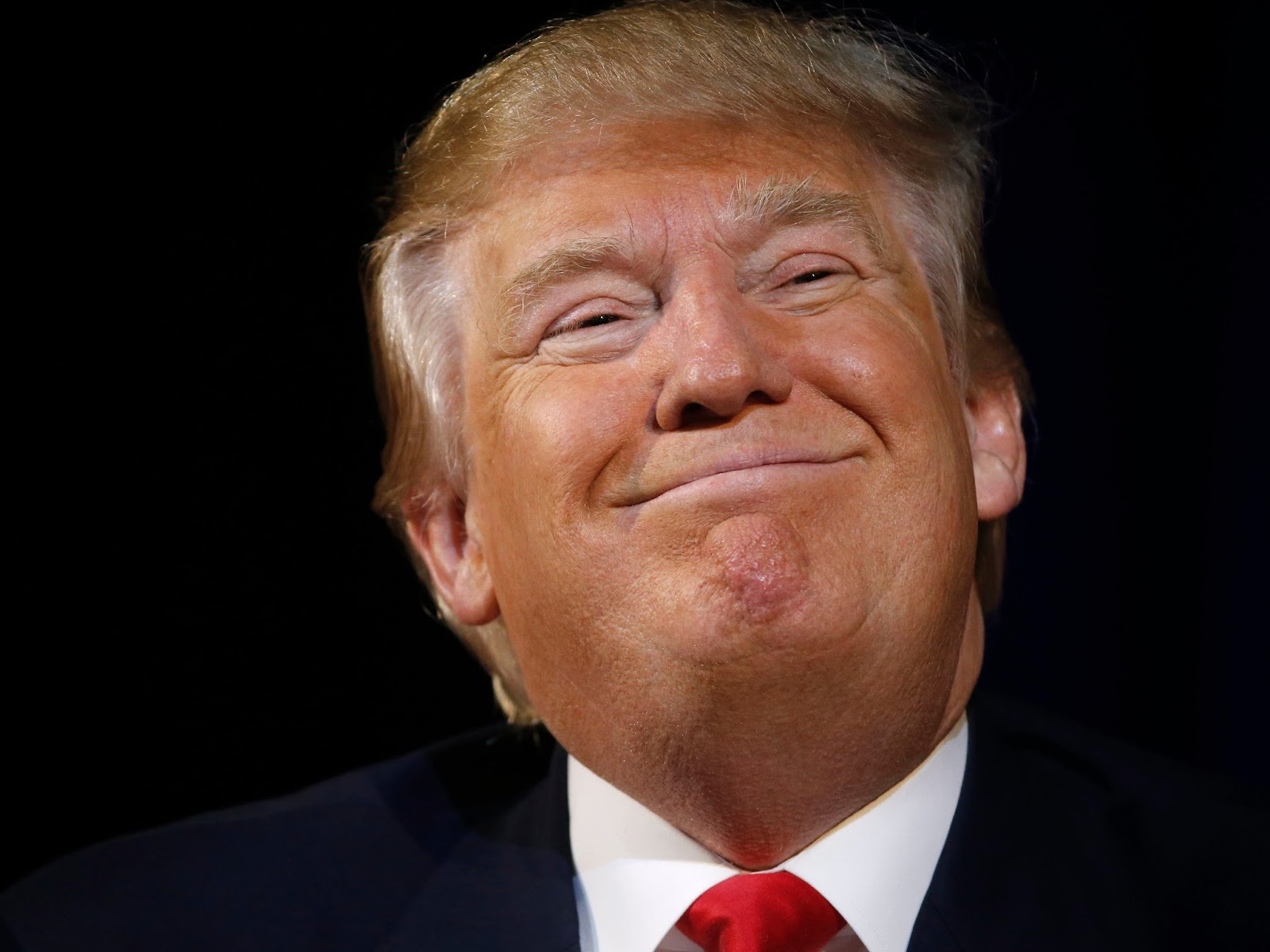 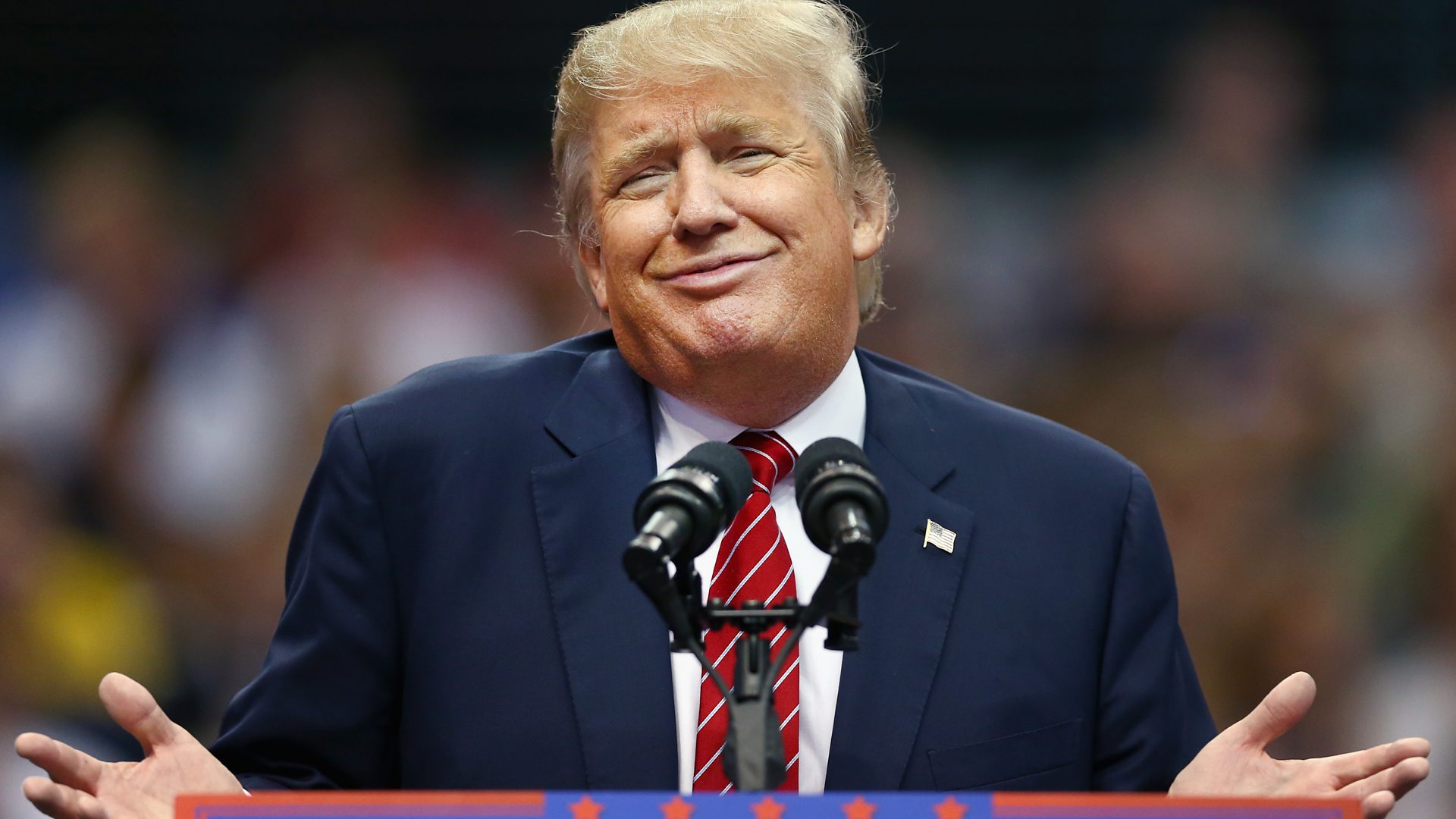 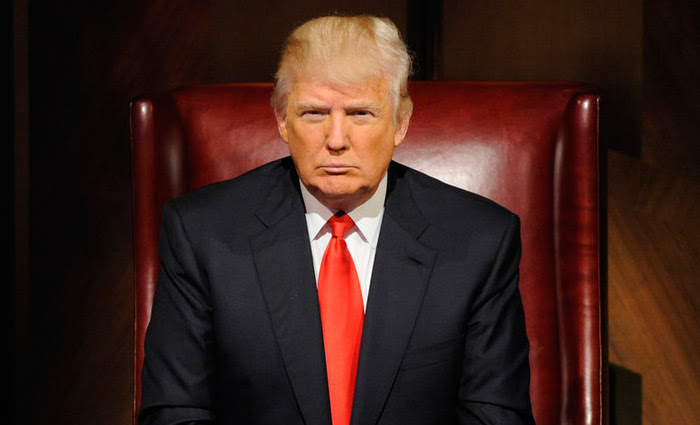 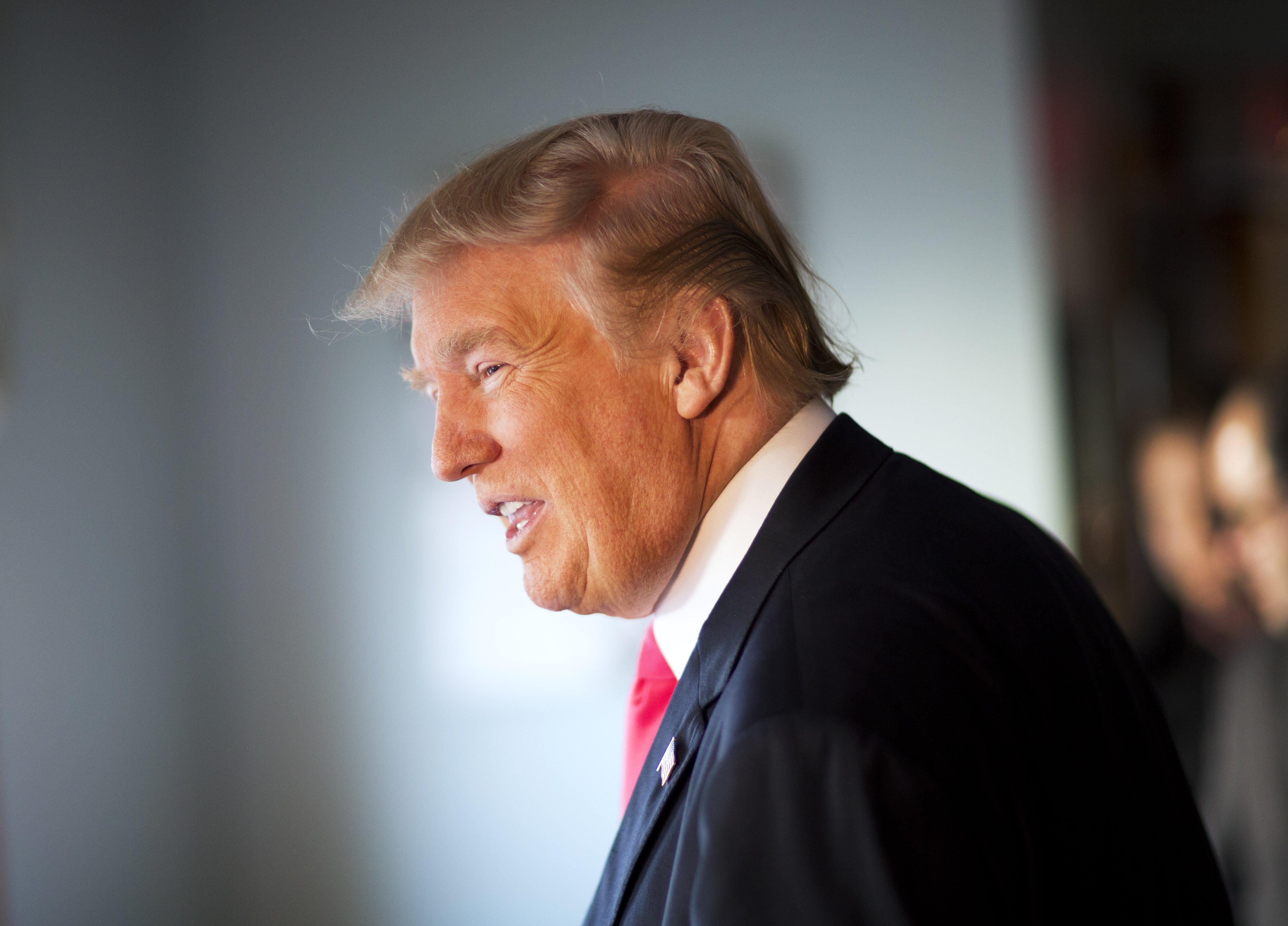