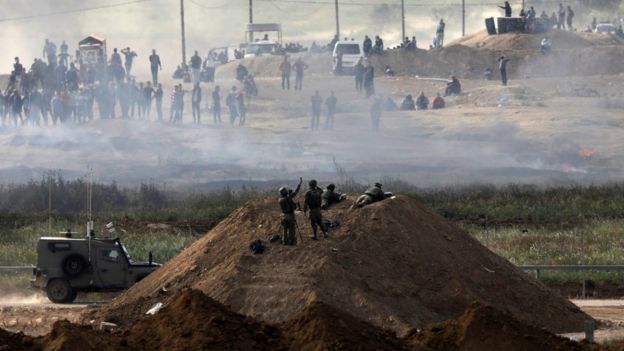 REUTERS
Image caption
Israeli soldiers were deployed on berms on the Israeli side of the frontier
Did Israel use excessive force at Gaza protests? - BBC News
http://www.bbc.com/news/world-middle-east-44124556 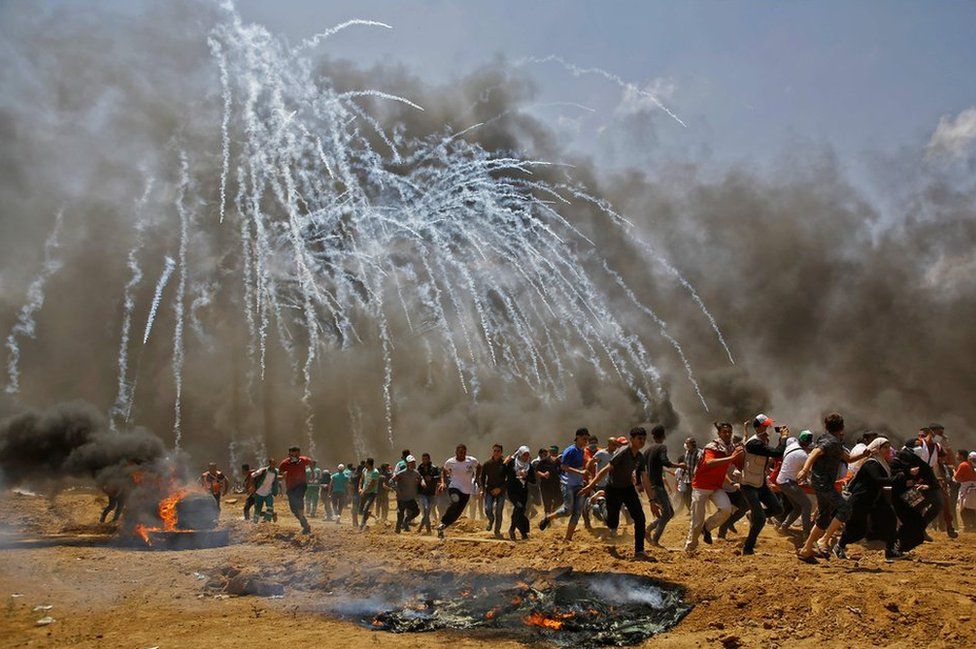 MOHAMMED ABED/AFP
Image caption
Palestinians run for cover from tear gas during clashes with Israeli security forces near the border between Israel and the Gaza Strip on 14 May.
Week in pictures: 12 - 18 May 2018 - BBC News
http://www.bbc.com/news/in-pictures-44168020

Palestinian demonstrators run for cover from Israeli fire and tear gas during a protest against U.S. embassy move to Jerusalem and ahead of the 70th anniversary of Nakba, at the Israel-Gaza border in the southern Gaza Strip, May 14, 2018. (Photo by Ibraheem Abu Mustafa/Reuters)
The Day in Photos – May 15, 2018
http://avax.news/pictures/318195
張貼者： C.H. Lin 於 上午5:29