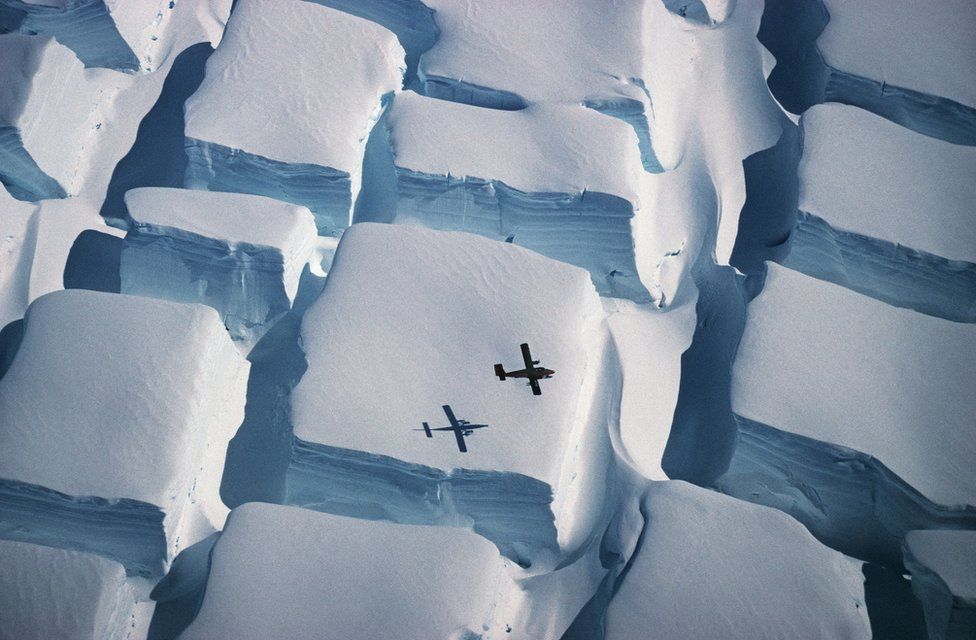 Icy Sugar Cubes, by Peter Convey, was named overall winner and winner in the Earth Science and Climatology category. The photo, taken in early 1995 during a flight over the English Coast (southern Antarctic Peninsula), shows the scale of unusual bi-directional crevassing as an ice sheet is stretched in two directions over an underlying rise. 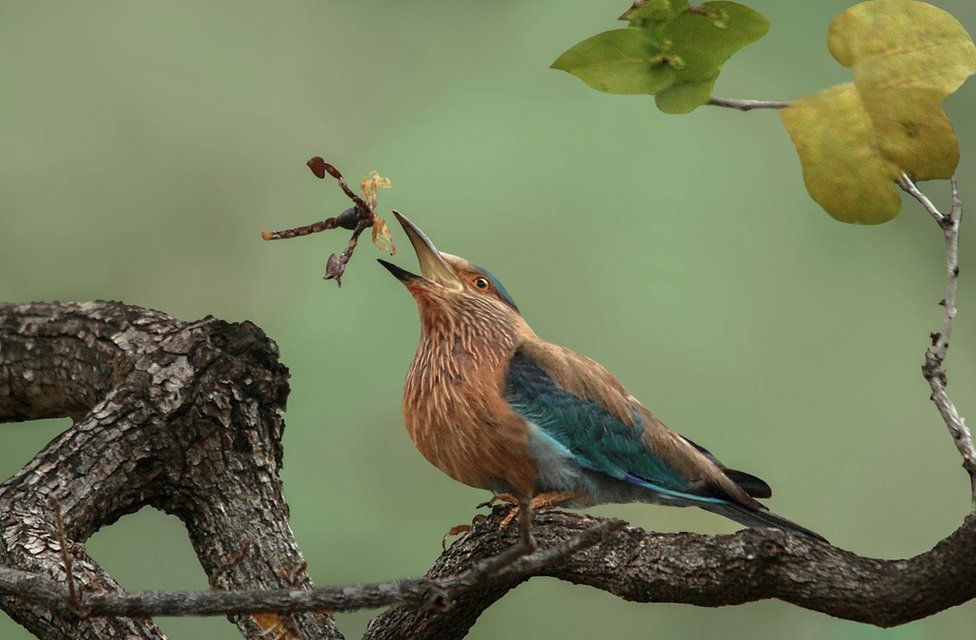