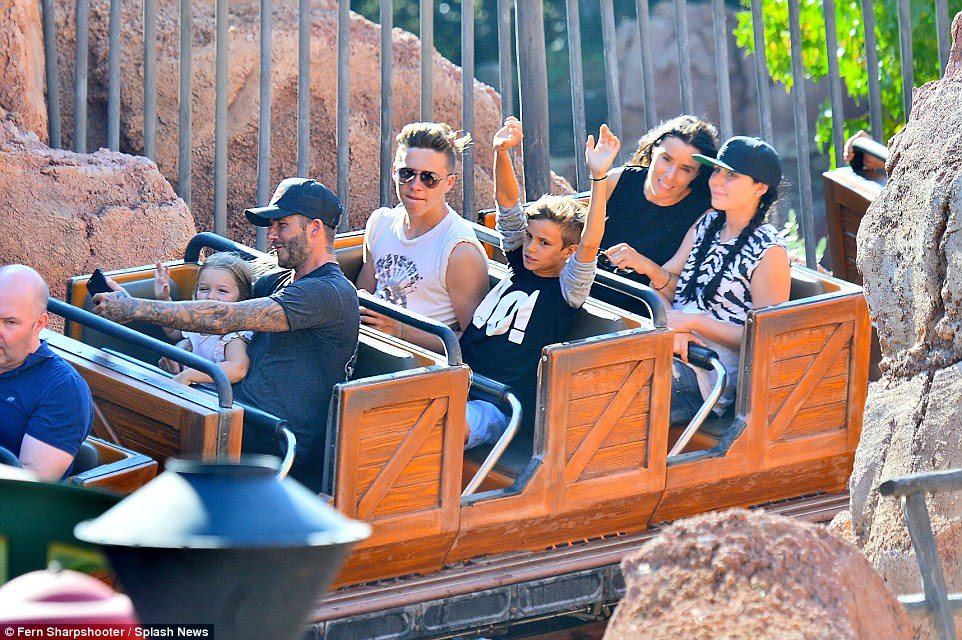 Full speed ahead! The duo were joined by Haper's oder brothers Brooklyn, 16, and Romeo, 12, who proved they were thrill-seekers by waving their hands in the air
Having a blast: Harper Beckham was having the time of her life as she rode the Big Thunder Mountain ride alongside her father David during the Beckham clan's visit to Disneyland on Tuesday
Harper Beckham giggles on rollercoaster ride with David at Disneyland | Daily Mail Online
Read more: http://www.dailymail.co.uk/tvshowbiz/article-3211404/Harper-Beckham-giggles-rollercoaster-ride-David-Disneyland.html#ixzz3jvWz4qc3
Follow us: @MailOnline on Twitter | DailyMail on Facebook
張貼者： C.H. Lin 於 上午6:21