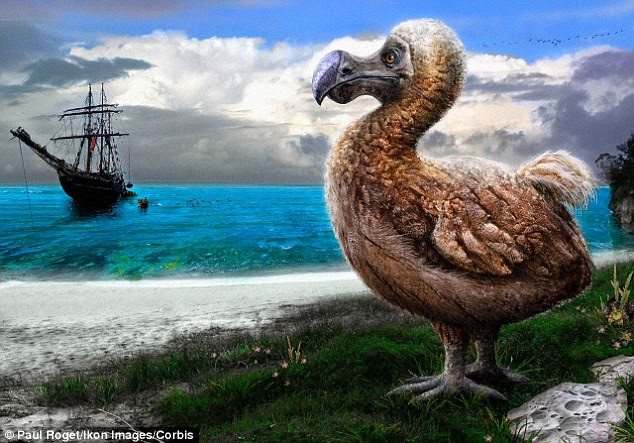 The dodo (illustrated) was later depicted as a stumpy and slow moving bird, which was thought to have made them easy prey for sailors. Subfossils have suggested it was around one meter tall and weighed up to 46lbs
First ever recorded image of a dodo to fetch £12,000 at auction | Daily Mail Online
Read more: http://www.dailymail.co.uk/sciencetech/article-3217120/First-recorded-image-dodo-fetch-12-000-auction-Extinct-bird-described-disgusting-17th-century-illustration.html#ixzz3kQBeEMHs
Follow us: @MailOnline on Twitter | DailyMail on Facebook
張貼者： C.H. Lin 於 下午12:12