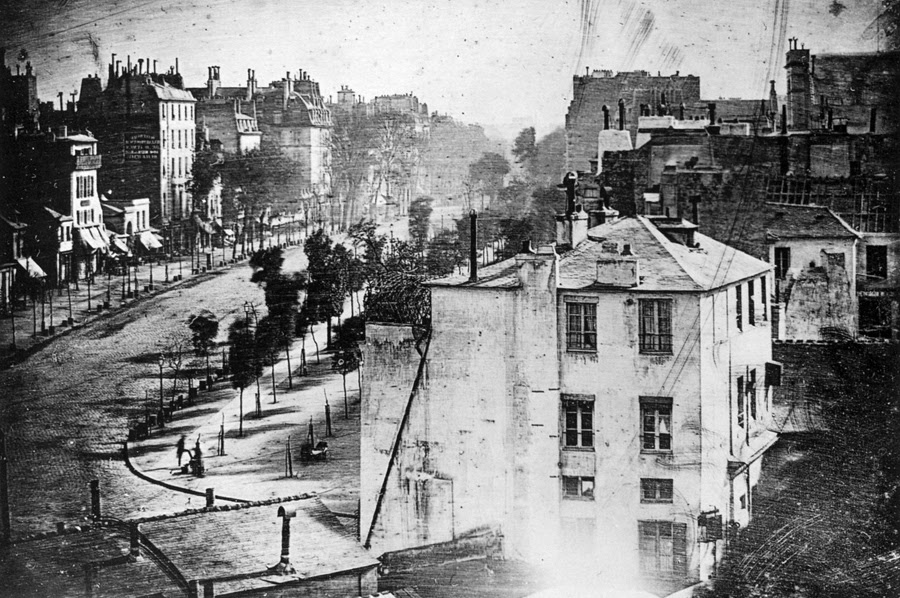 Boulevard du Temple, Paris, 3rd arrondissement, a street scene captured in a daguerreotype in either 1838 or 1839 and believed to be the earliest photograph showing a living person. It is a view of a busy street, but because the exposure time was at least 10 minutes, the moving traffic left no trace. The two men near the bottom left corner, one apparently having his boots polished by the other, stayed in one place long enough to be visible. It is also thought that just to the right of the two men, another person can be seen, sitting on a bench and reading a paper 176 years ago. #
Louis Daguerre
The Gift of the Daguerreotype - The Atlantic
http://www.theatlantic.com/photo/2015/08/the-gift-of-the-daguerreotype/401816/