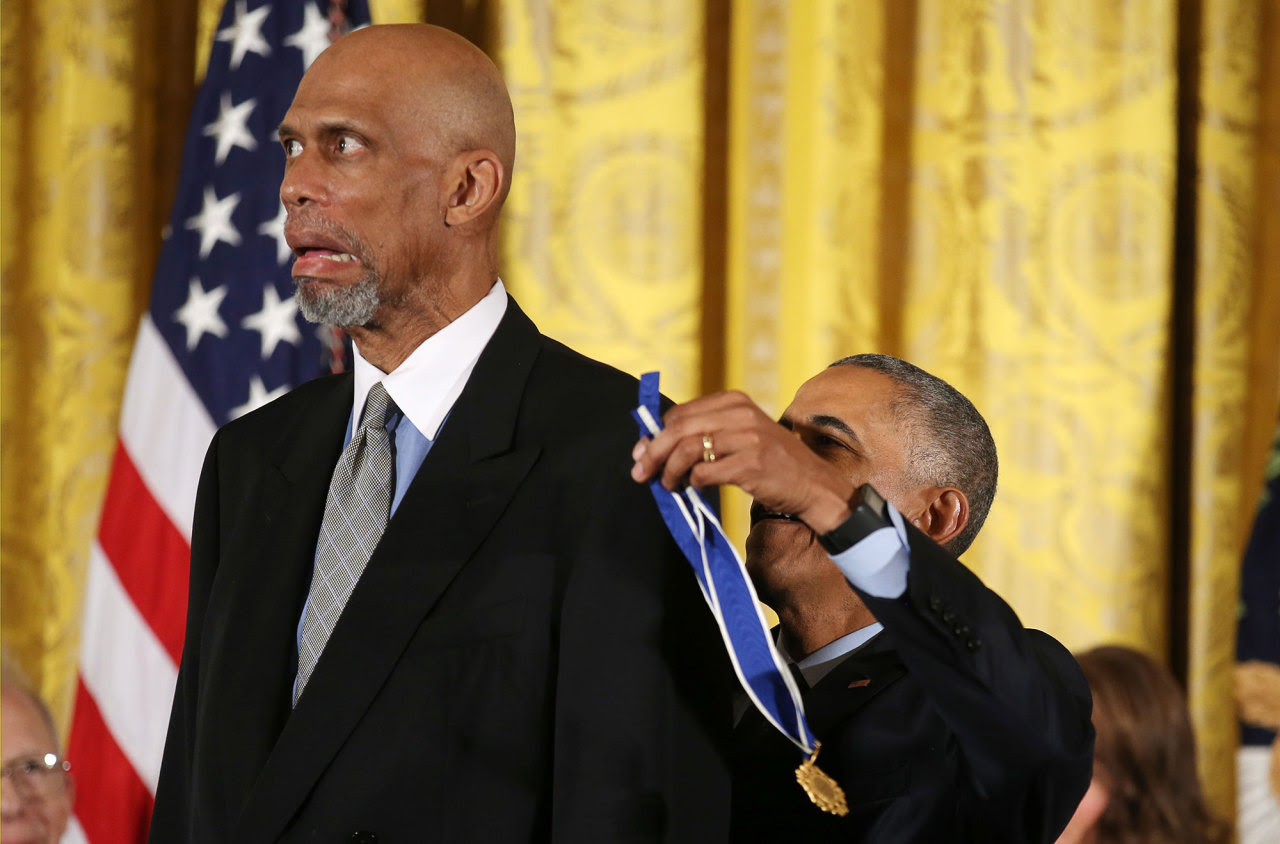 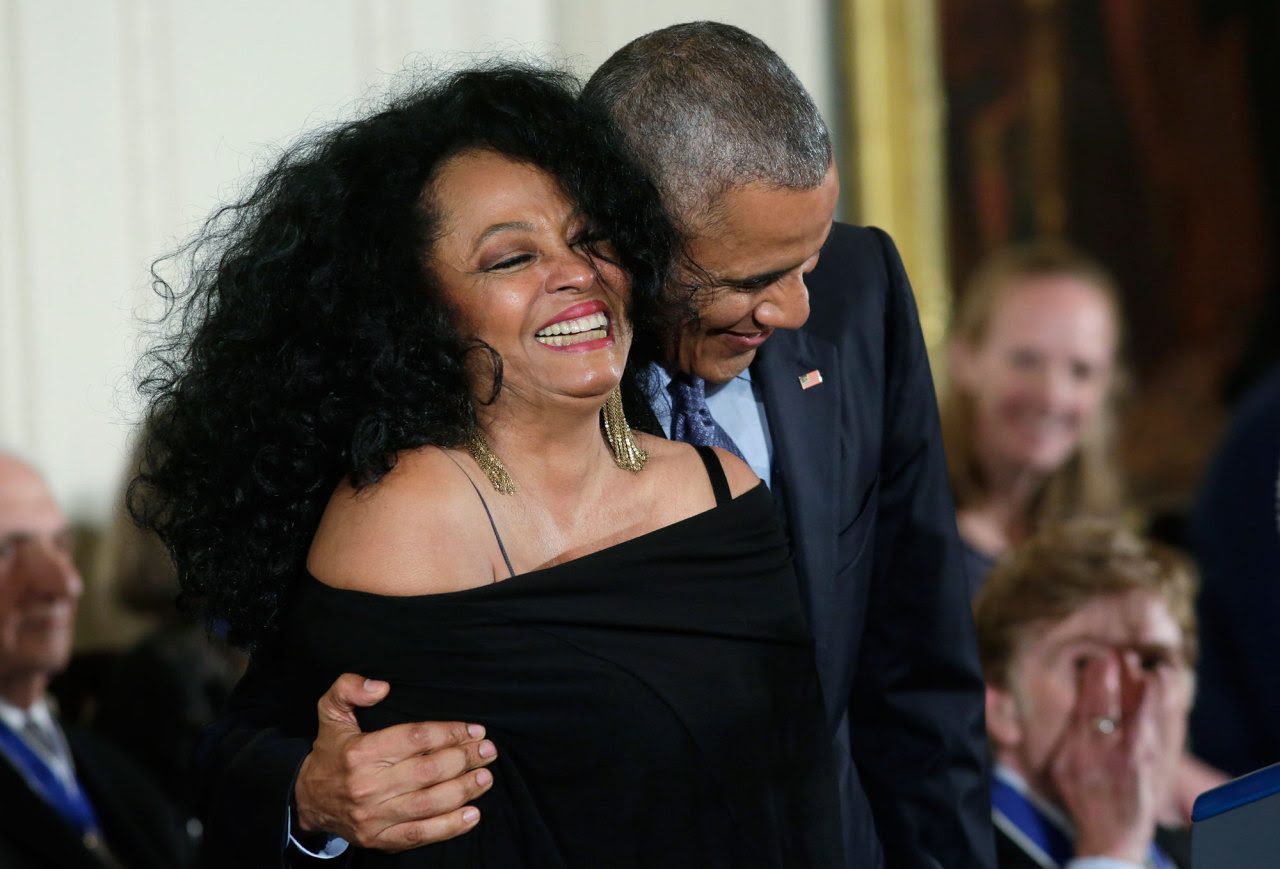 Singer Diana Ross is hugged by President Obama before he awards her a Presidential Medal of Freedom during a ceremony in the White House East Room, Nov. 22, 2016. (Yuri Gripas/Reuters)