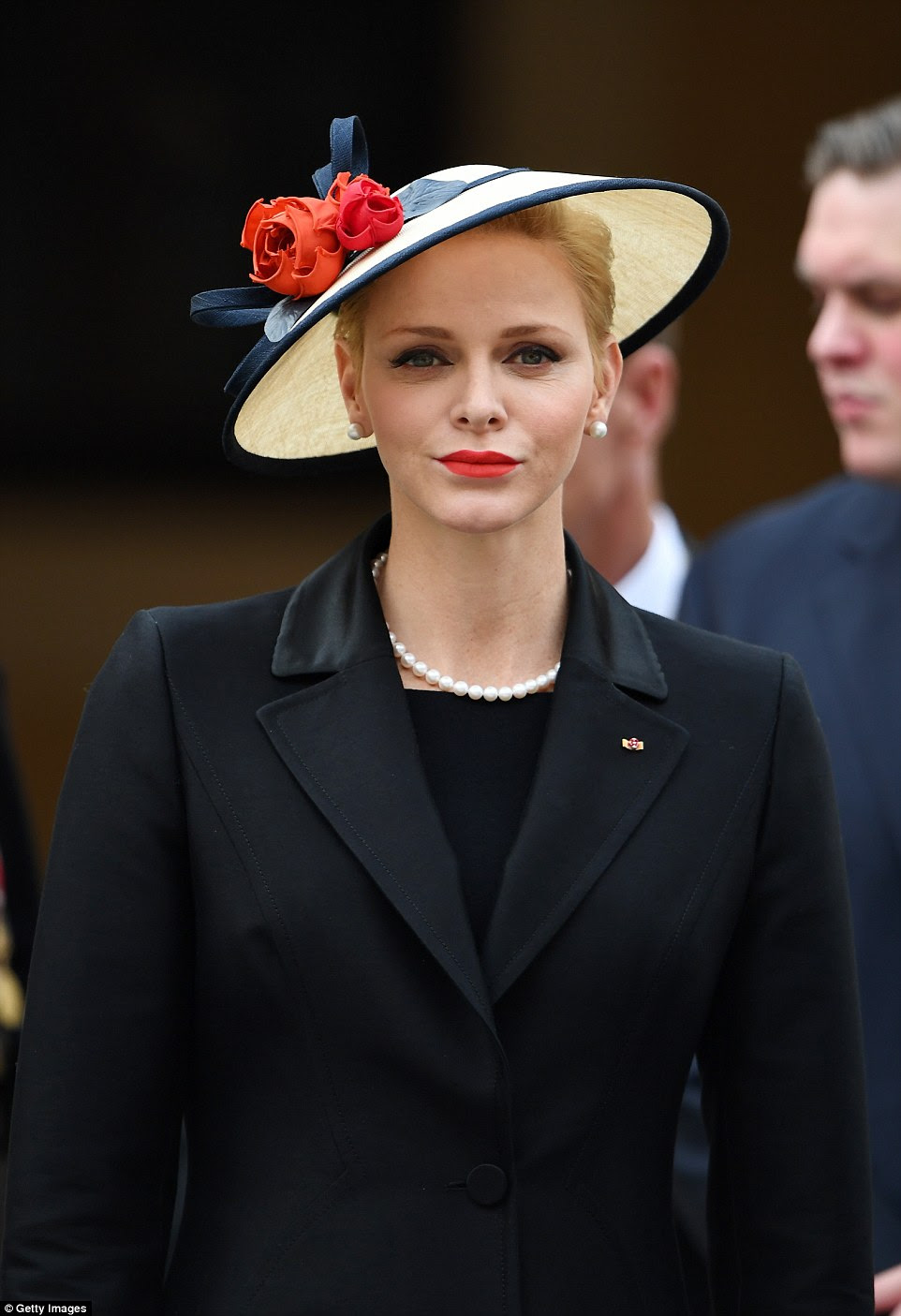 Blooming lovely! Princess Charlene stuns in a flowery hat as she joins her husband Prince Albert and the rest of the Monaco royal family for their annual National Day celebrations | Daily Mail Online
Read more: http://www.dailymail.co.uk/news/article-3952260/Blooming-lovely-Princess-Charlene-stuns-flowery-hat-joins-husband-Prince-Albert-rest-Monaco-royal-family-annual-National-Day-celebrations.html#ixzz4QSYw9Wmt
Follow us: @MailOnline on Twitter | DailyMail on Facebook

Princess Charlene of Monaco poses for a family picture with refugees after a gift-giving event to Monaco's resident at the headquarters of the Monaco Red Cross in Monaco, ahead of Monaco National Day November 17, 2016. (Photo by Valery Hache/Reuters)
The Day in Photos – November 18, 2016
http://avax.news/fact/The_Day_in_Photos_November_18_2016.html