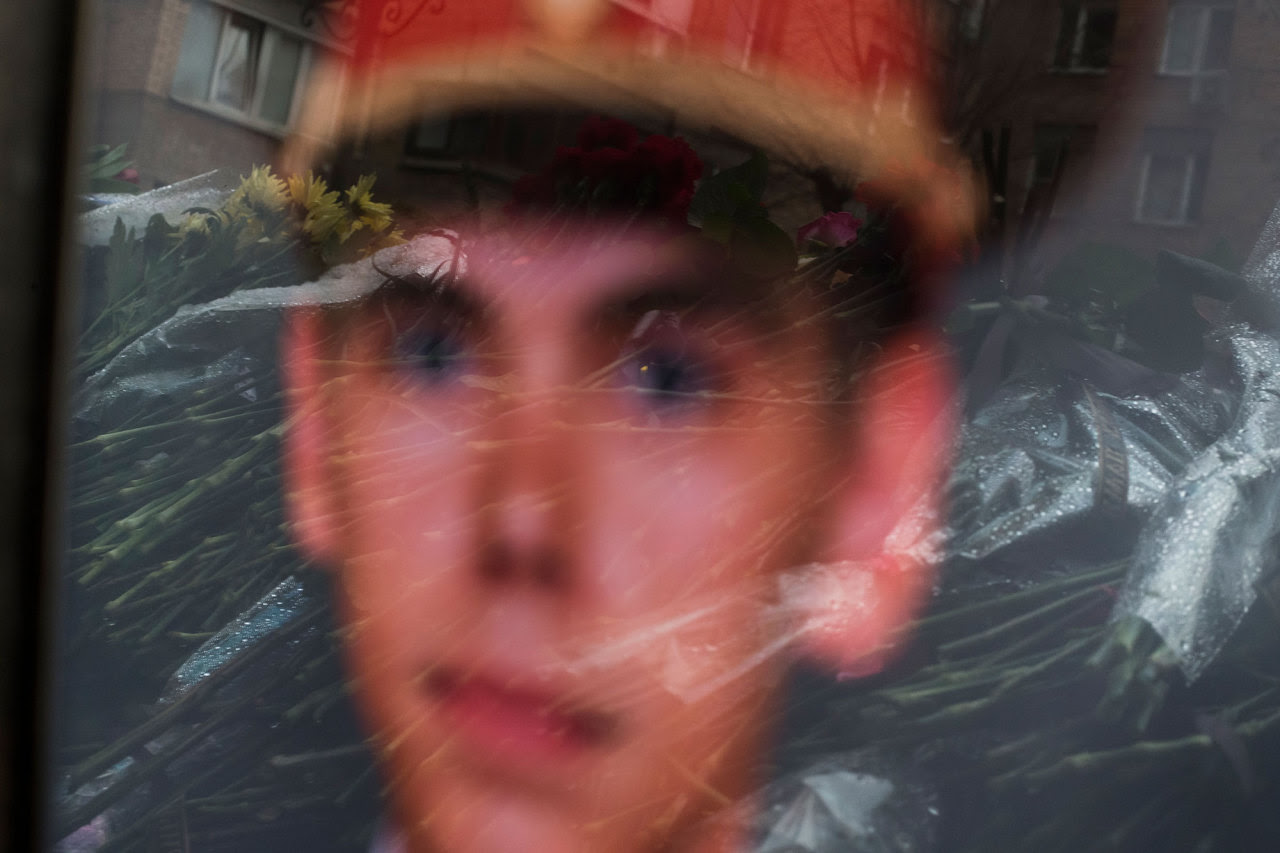 Flowers are reflected in a portrait of an ensemble member, as they lay in front of the Alexandrov Ensemble building in Moscow, Russia, Tuesday, Dec. 27, 2016. A plane carrying 64 members of the Alexandrov Ensemble, crashed into the Black Sea minutes after taking off from the resort city of Sochi on Sunday. (Photo: Ivan Sekretarev/AP)
Photos of the day — December 27, 2016
https://www.yahoo.com/news/photos-day-december-27-2016-slideshow-wp-002633247.html

This October 15, 2004 file photo shows the Russian Red Army Orchestra Chorus performing for Pope John Paul II inside the Paul VI hall at the Vatican. On Monday, Dec. 26, 2016 Pope Francis, speaking during the celebrations of St. Stephen, led thousands of faithful in silent prayer for the victims of the Russian military plane crash, where Francis noted that among the dead were members of the Russian army chorus, which, he recalled, performed in 2004 at the Vatican for Pope John Paul II. (Photo by Gregorio Borgia/AP Photo)
The Day in Photos – December 28, 2016
http://avax.news/fact/The_Day_in_Photos_December_28_2016.html