Eddie Fisher and Debbie Reynolds appear before the camera in their real roles of happy parents as they and their young daughter, Carrie Frances Fisher, pose for their first family group picture, in Hollywood, Jan. 2, 1957. Carrie Frances was born Oct.21, 1956. (AP Photo) 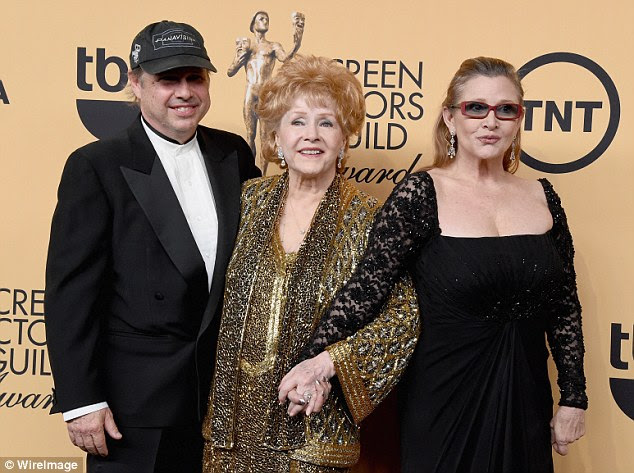 Debbie Reynolds (center) died peacefully on Wednesday, her son Todd Fisher (left) said. The 84-year-old Hollywood legend passed away the day after her daughter Carrie Fisher (right) died. Reynolds and her children are pictured above at the 2015 Screen Actors Guild Awards
'She was very peaceful and quiet': Debbie Reynolds' son says she died 'gently' a day after losing her daughter Carrie Fisher | Daily Mail Online
Read more: http://www.dailymail.co.uk/news/article-4073384/Pictured-time-Debbie-Reynolds-driving-son-s-house-plan-daughter-s-funeral-having-stroke-dying-hours-later.html#ixzz4UG3xvVle
Follow us: @MailOnline on Twitter | DailyMail on Facebook 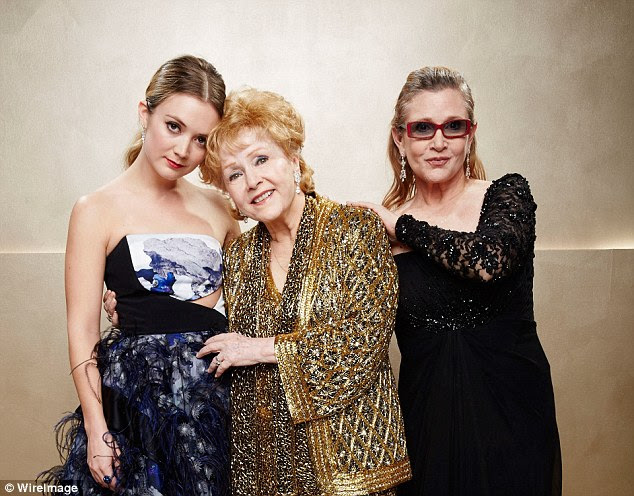 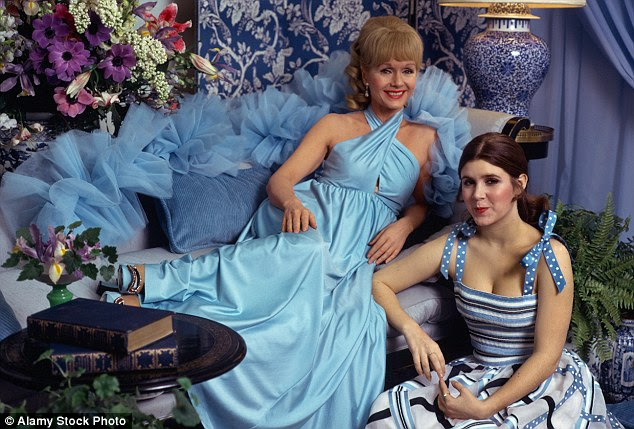 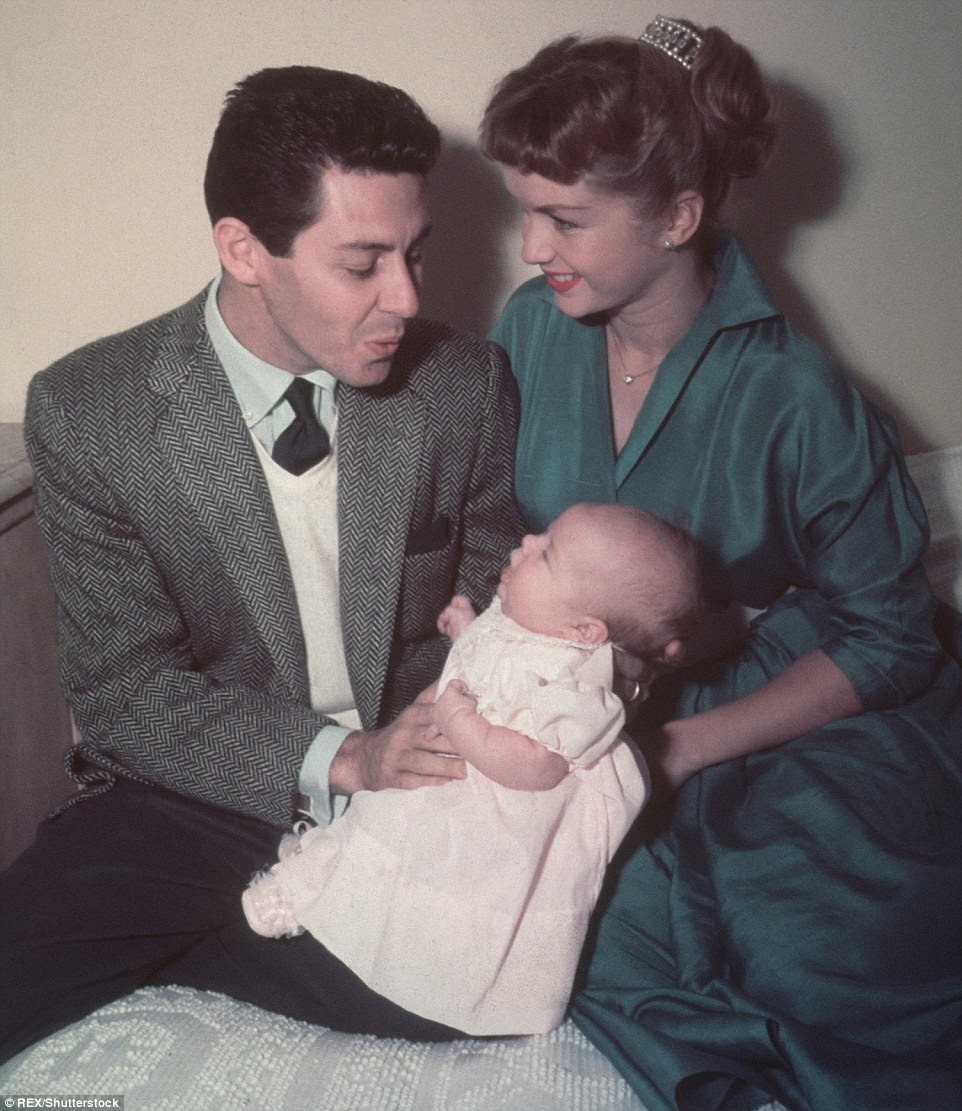 Of the affair, Carrie Fisher wrote: 'He first dried her eyes with his handkerchief, then he consoled her with flowers, and he ultimately consoled her with his penis. This made marriage to my mother awkward.' The former couple is pictured above holding Carrie in 1956 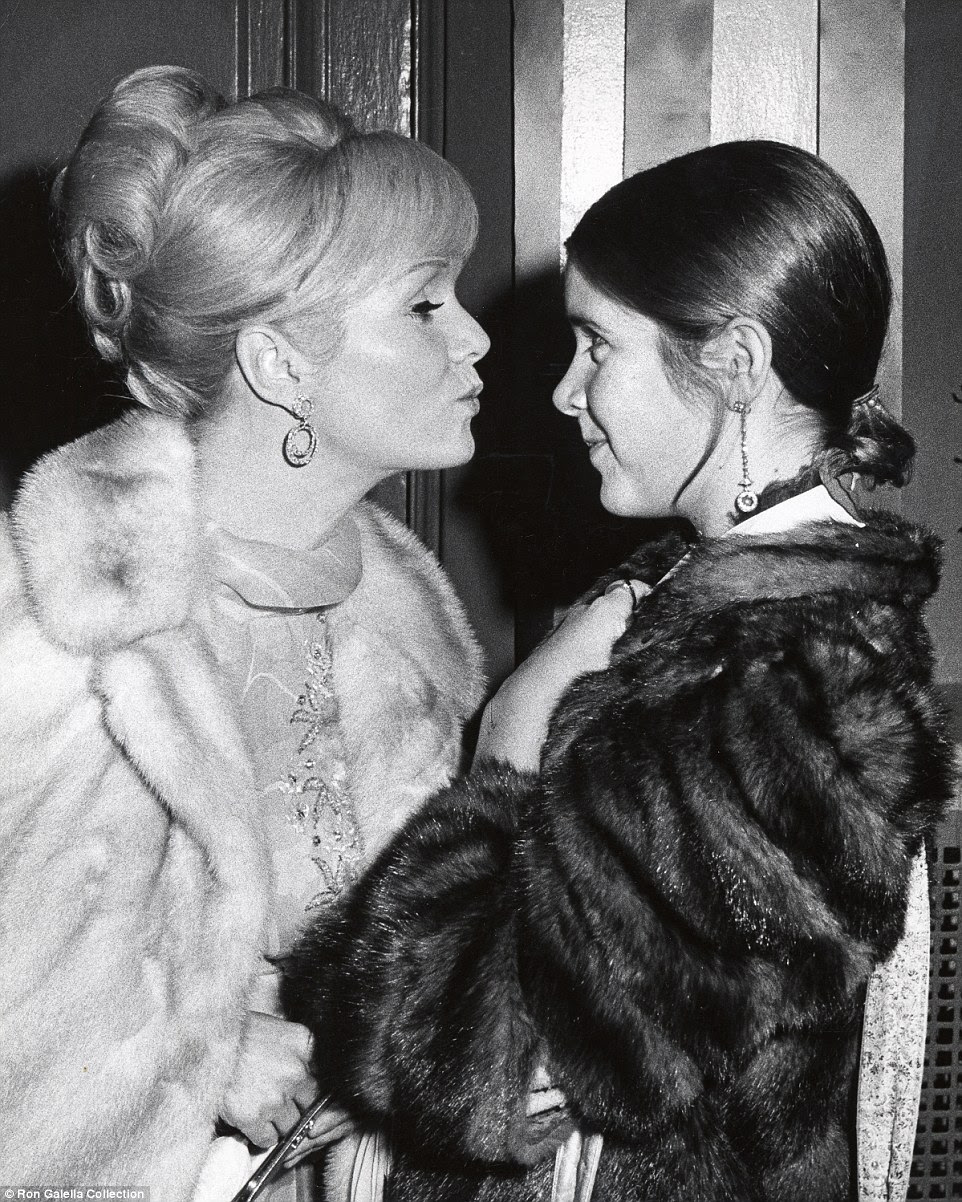 Fisher died on Tuesday after suffering a heart attack while on a transatlantic flight from London to LA four days earlier. The mother and daughter are pictured together above in 1972 in New York City
Debbie Reynolds dies aged 84 after suffering a stroke | Daily Mail Online
Read more: http://www.dailymail.co.uk/news/article-4072374/Hollywood-s-golden-girl-battled-personal-tragedy-best-friend-Elizabeth-Taylor-s-wicked-betrayal-Oscar-nominated-Debbie-Reynolds-dies-65-scandal-laden-years-limelight.html#ixzz4UGDLVbnS
Follow us: @MailOnline on Twitter | DailyMail on Facebook