Thunderous: He's got a Master degree in Economics but Lukas Irmler is now a professional slackliner. In this breaktaking photo he is pictured lying down on a line across Hunlen Falls in Canada. There is a 1,316 foot drop below him 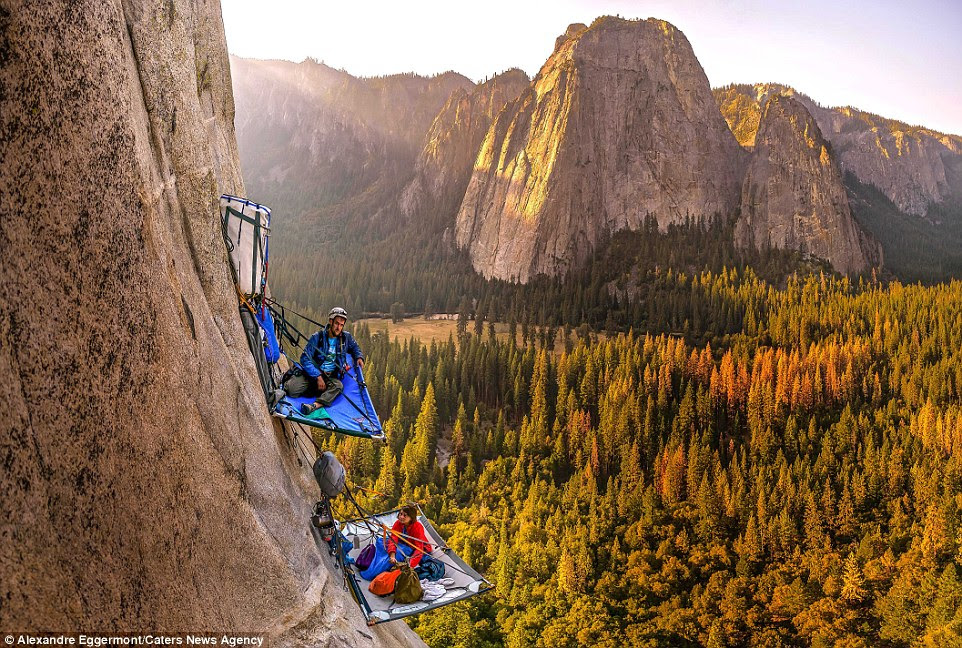 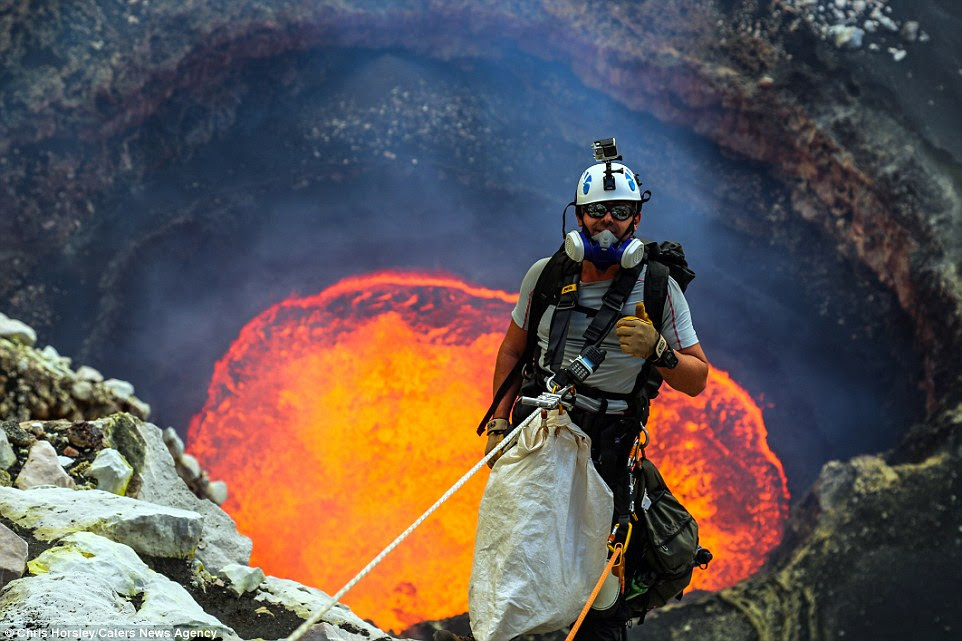 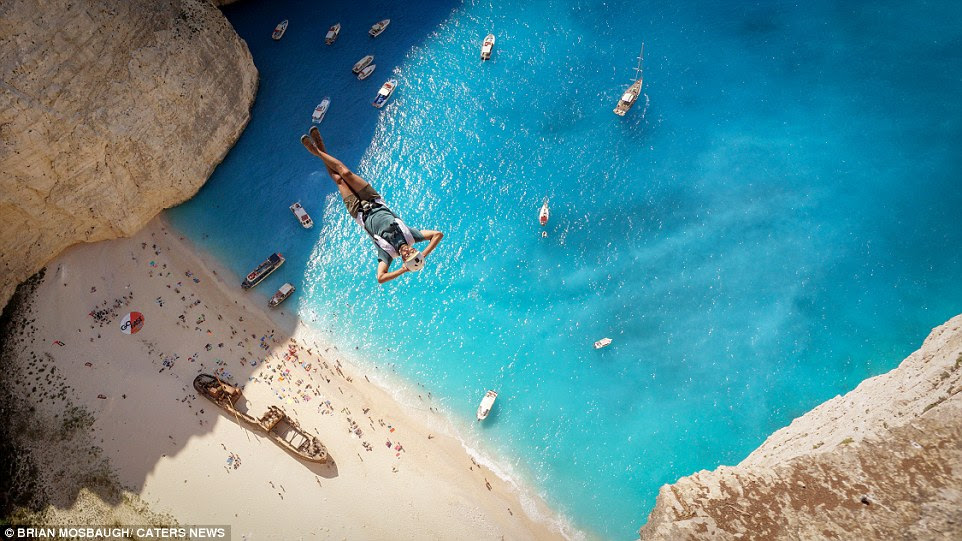 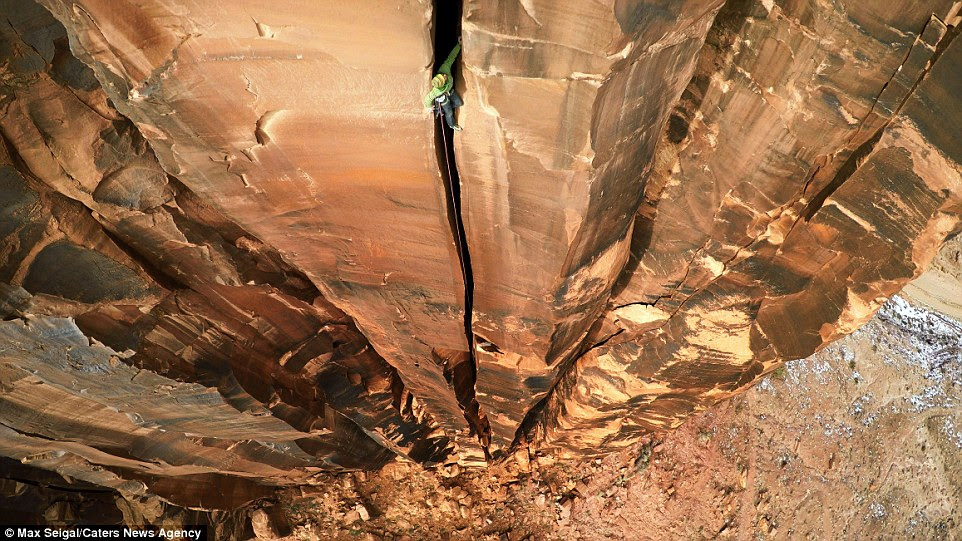 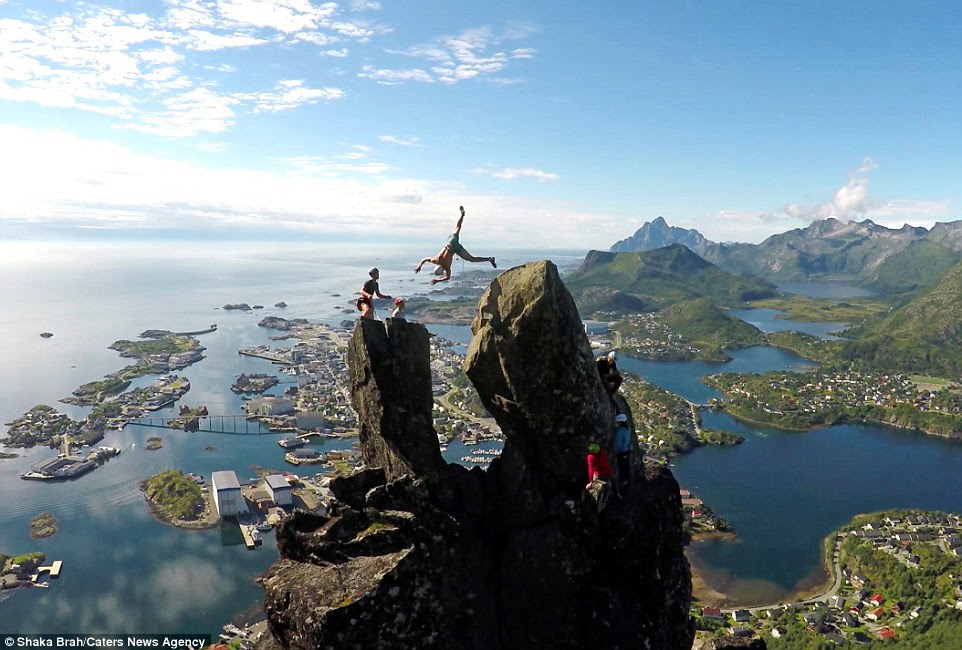 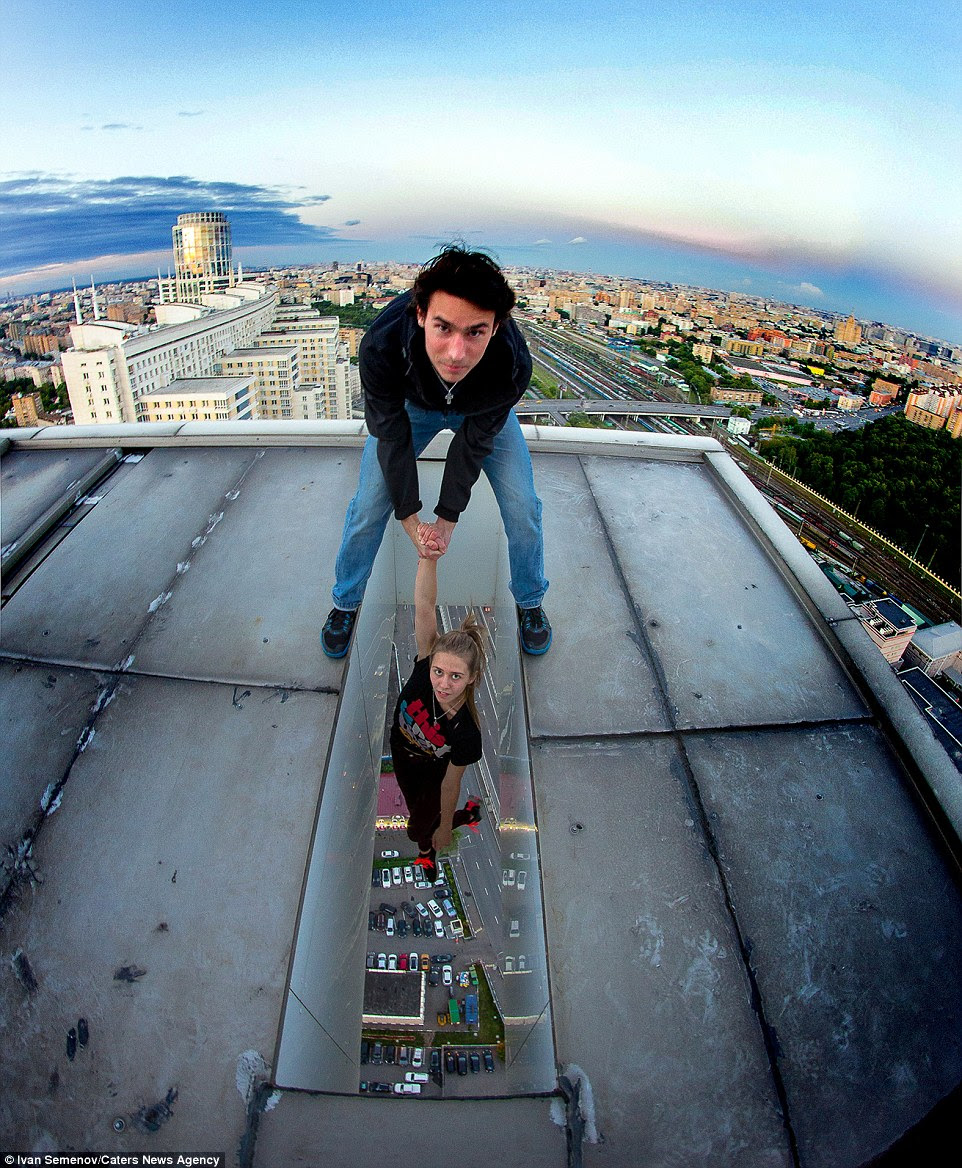 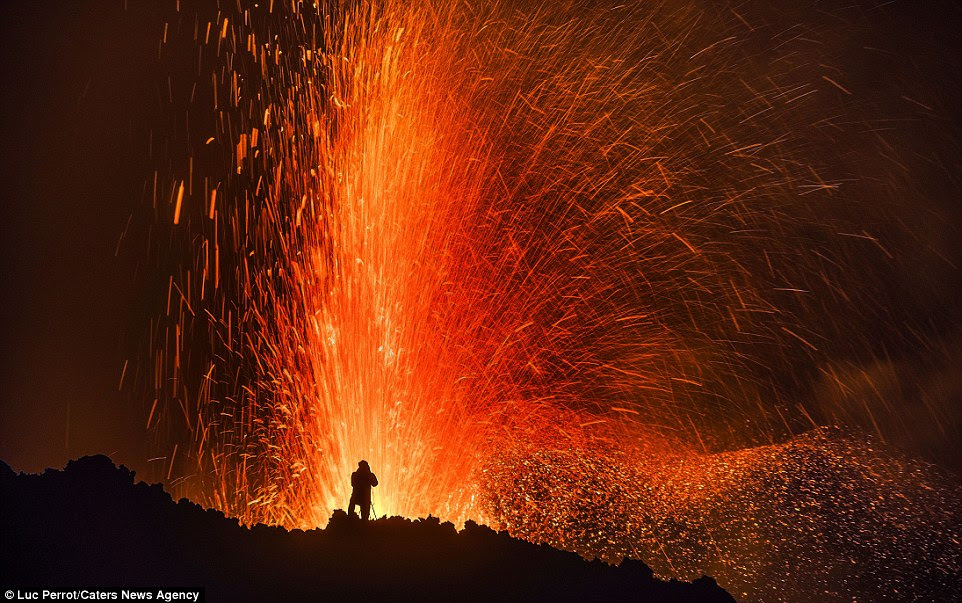 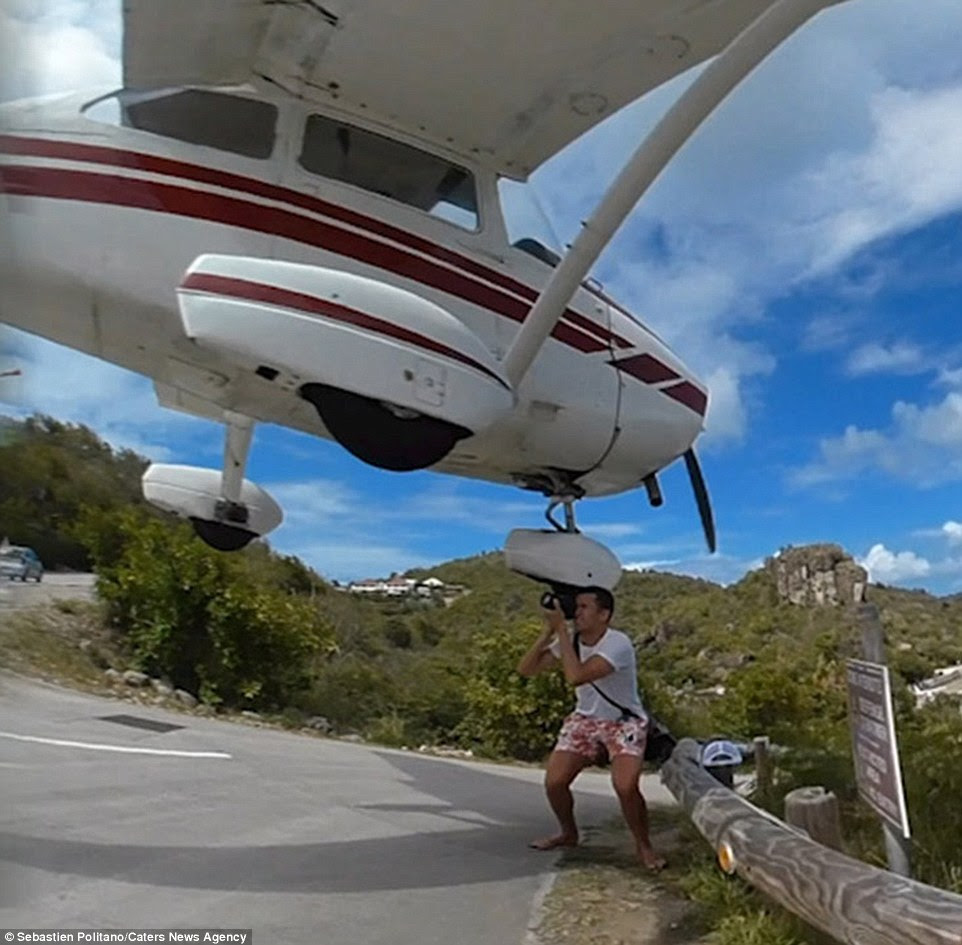 Alison Teal paddles out to Kilauea volcano in Hawaii as it eruopts into the ocean. (Photo by Perrin James/Caters News)

A climber ascends Spada nella Roccia in Serrai di Sottoguda in the Italian Dolomites. Back in the 80s this represented a breakthrough in ice climbing and was considered one of the hardest routes in the world. (Photo by James Rushforth/Caters News)
Incredible Daredevils 2016
http://avax.news/fact/Incredible_Daredevils_2016.html
張貼者： C.H. Lin 於 下午12:02