Visitors look at decorated Christmas trees at the Garden of Morning Calm in Gapyeong, South Korea on Dec. 19, 2016. The Garden of Morning Calm was founded by professor Sang-kyung Han and it opened on May 11,1996 as a private garden. (Photo: Jeon Heon-Kyun/EPA)
Photos of the day — December 19, 2016
https://www.yahoo.com/news/photos-day-december-19-2016-slideshow-wp-234212439/photo-p-children-exercise-indoors-during-photo-234212285.html 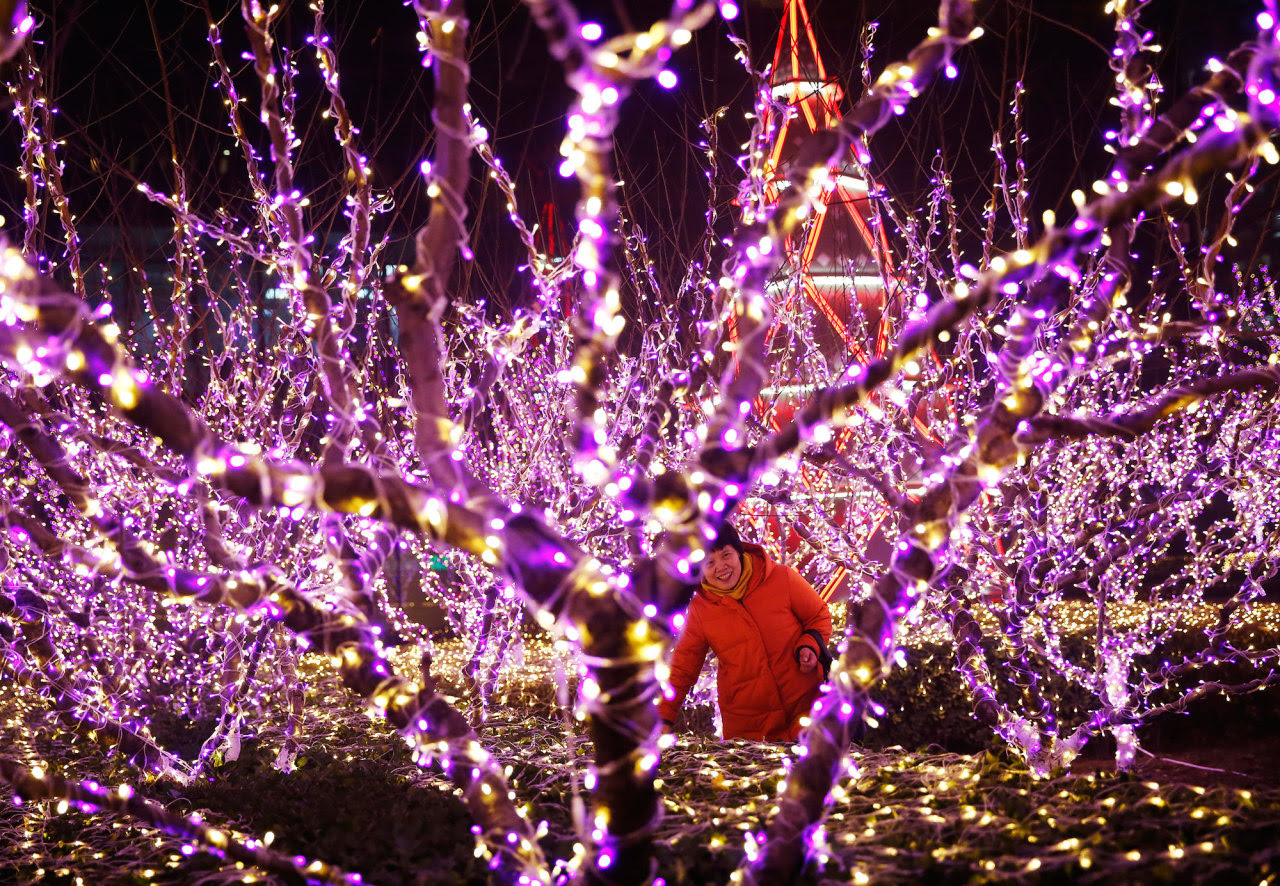 A Chinese woman walks among Christmas lights decorations on a hazy day in Beijing, China, Dec. 20, 2016. While Christmas is not celebrated by most Chinese in the secular China, Christmas lights and decorations still adorn most shopping malls during the festive season to bring much cheer to the retail scene. (Photo: How Hwee Young/EPA)