Italian police cordon off an area, in an early-hours shootout, in Milan. 意大利警方封鎖一個區, 稍早的槍戰 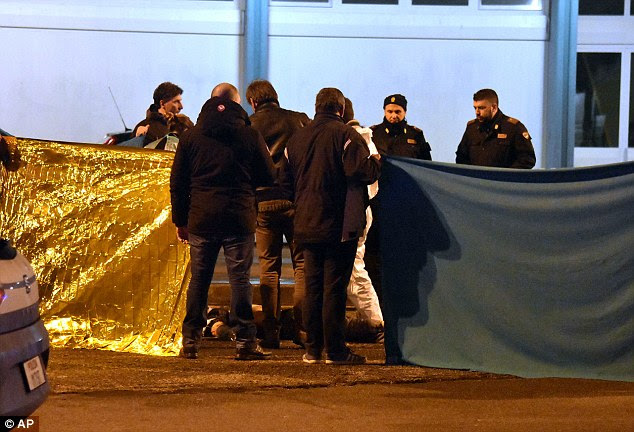 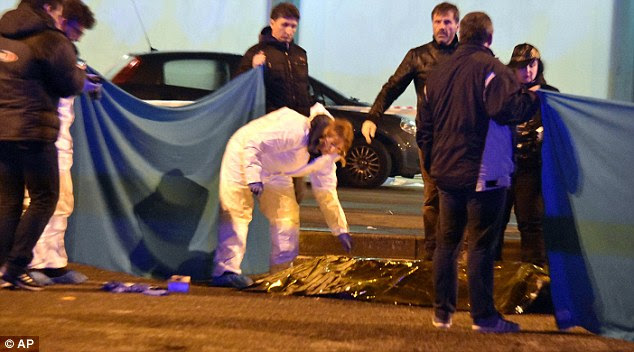 He is understood to have pulled a gun on a patrol after being stopped for a routine ID check and shot an officer in the shoulder leaving him seriously injured
Berlin killer slipped in and out of THREE Schengen countries before caught in Italy | Daily Mail Online
Read more: http://www.dailymail.co.uk/news/article-4063312/Farce-open-borders-Berlin-killer-slipped-THREE-Schengen-countries-caught-chance-Italy.html#ixzz4TkPyownX
Follow us: @MailOnline on Twitter | DailyMail on Facebook

A body is covered in a thermical blanket as Italian police cordon off an area after a shootout between police and a man in Milan’s Sesto San Giovanni neighborhood, early Friday, Dec. 23, 2016. Italy’s interior minister Marco Minniti says the man killed in an early-hours shootout in Milan is “without a shadow of doubt” the Berlin Christmas market attacker Anis Amri. (Photo: Daniele Bennati/AP)
Photos of the day — December 23, 2016
https://www.yahoo.com/news/photos-day-december-23-2016-slideshow-wp-222350450/photo-p-neighborhood-karm-al-miasar-photo-222350781.html 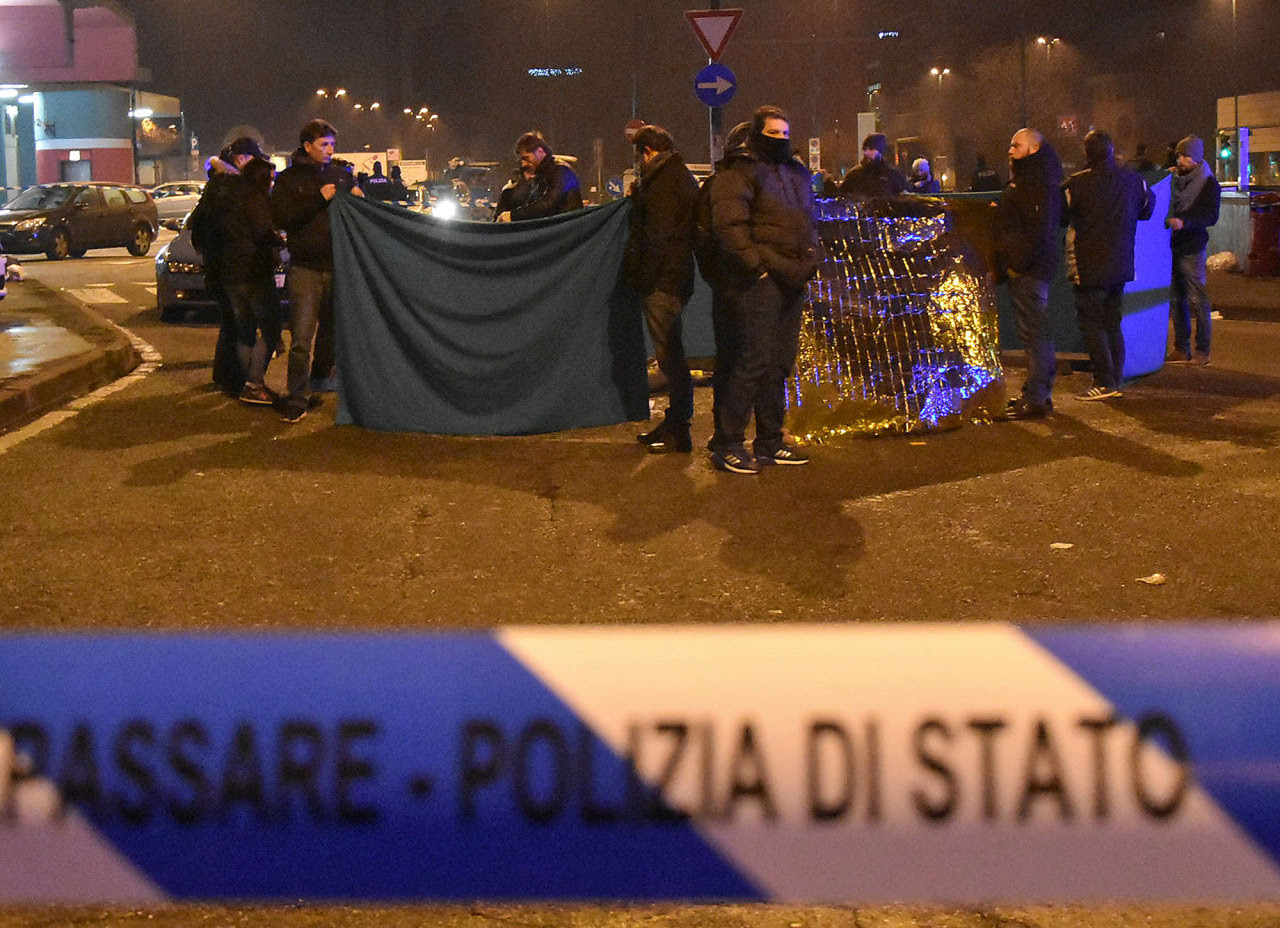 Italian Police officers work next to the body of Anis Amri, the suspect in the Berlin Christmas market truck attack, in a suburb of the northern Italian city of Milan, Italy on Dec. 23, 2016. (Stringer/Reuters) 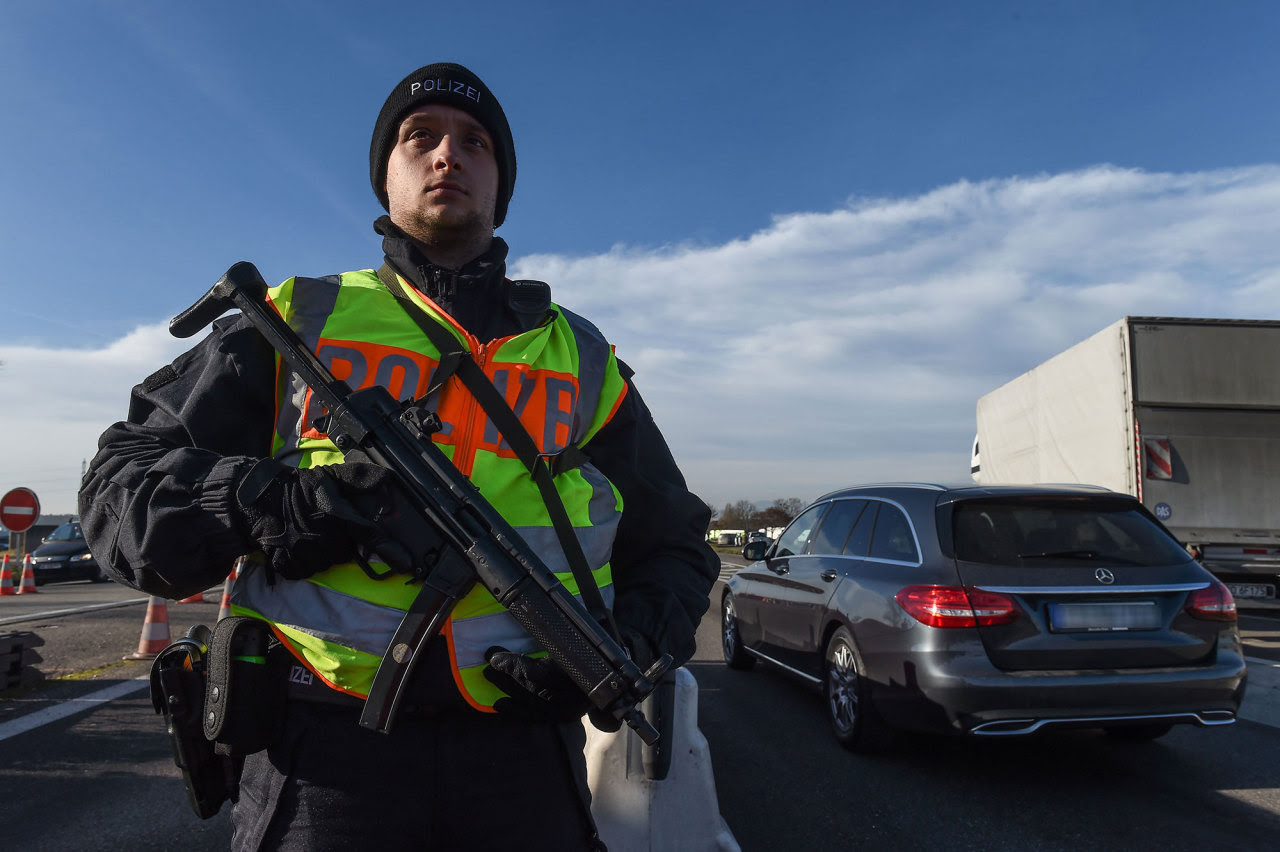 A German policeman looks at vehicules passing by the French-German border on December 22, 2016, in Ottmarsheim, eastern France. German authorities came under fire on December 22 after it emerged that the prime suspect in Berlin’s deadly truck attack, a rejected Tunisian asylum seeker, was known as a potentially dangerous jihadist. (Sebastien Bozon/AFP/Getty Images)

Nour, mother of suspect Anis Amri who is sought in relation with the truck attack on a Christmas market in Berlin, reacts near their home in Oueslatia, Tunisia on Dec. 22, 2016. (Zoubeir Souissi/Reuters) 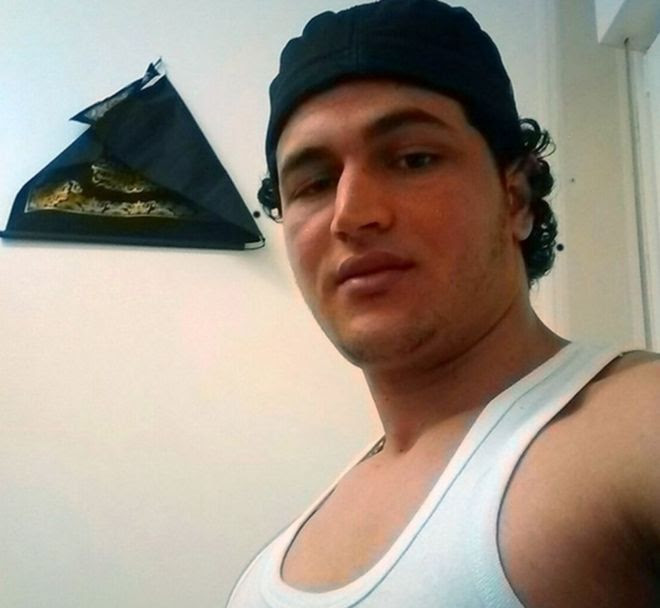 Parents: Nour El Houda Hassani and Mustapha Amri outside their home after being told of their son's death
'A great secret died with him': Family of Berlin truck terrorist Anis Amri say he should not have been shot dead - and believe he must have had an accomplice | Daily Mail Online
Read more: http://www.dailymail.co.uk/news/article-4063682/A-great-secret-died-Family-Berlin-truck-terrorist-Anis-Amri-question-killed-call-probe-helped-carry-attack.html#ixzz4TmEHvTpZ
Follow us: @MailOnline on Twitter | DailyMail on Facebook
張貼者： C.H. Lin 於 上午1:54