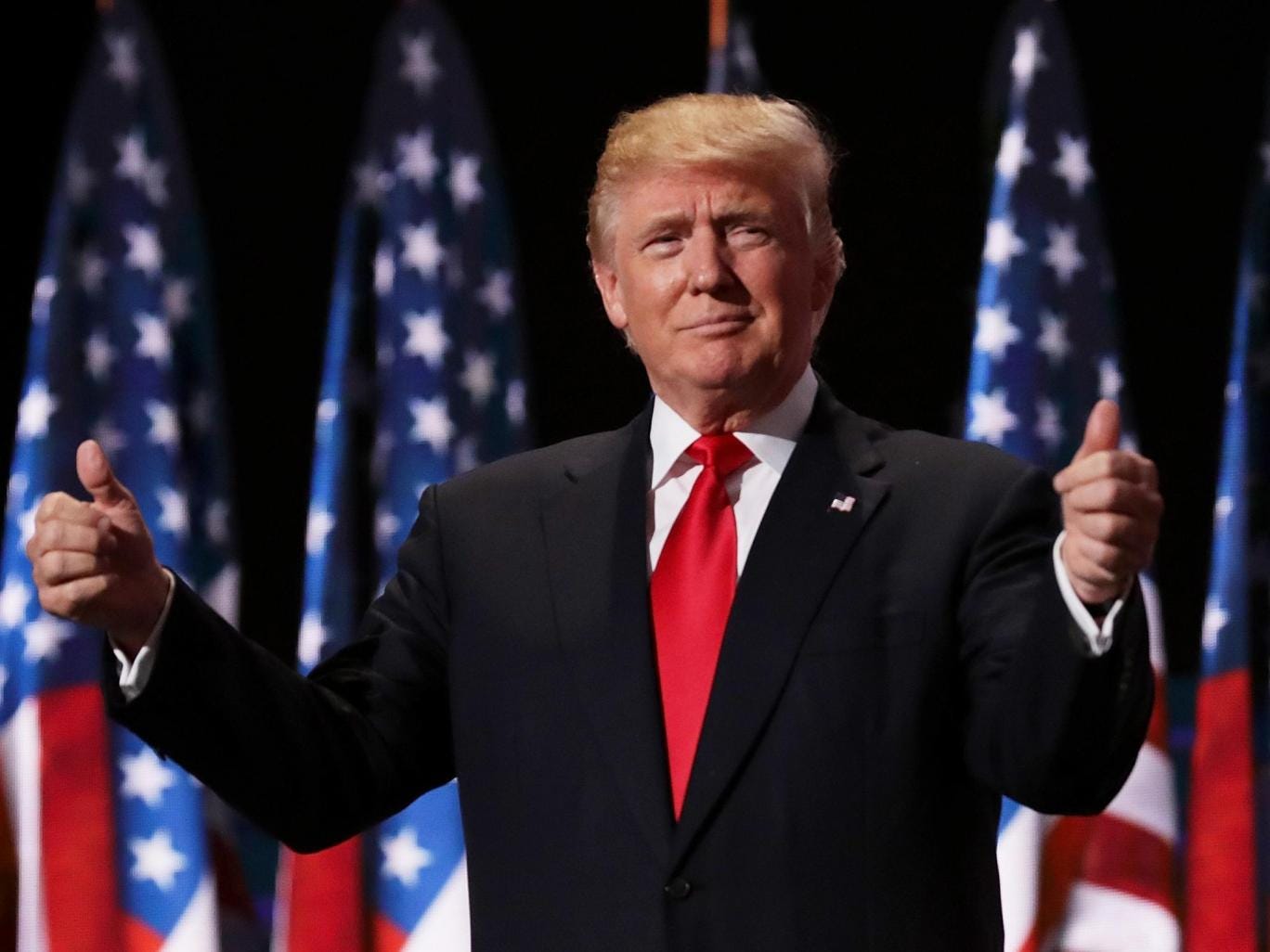 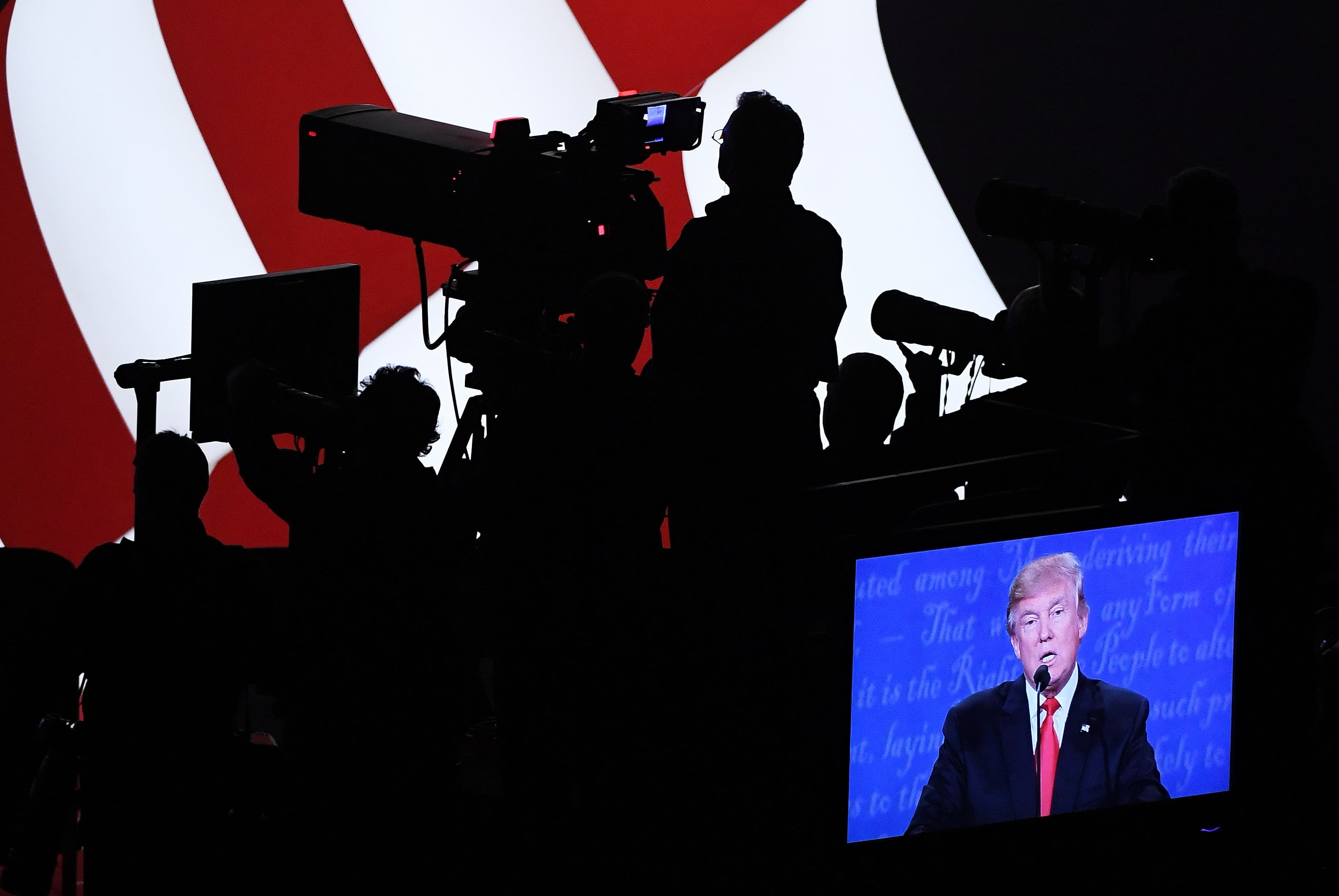 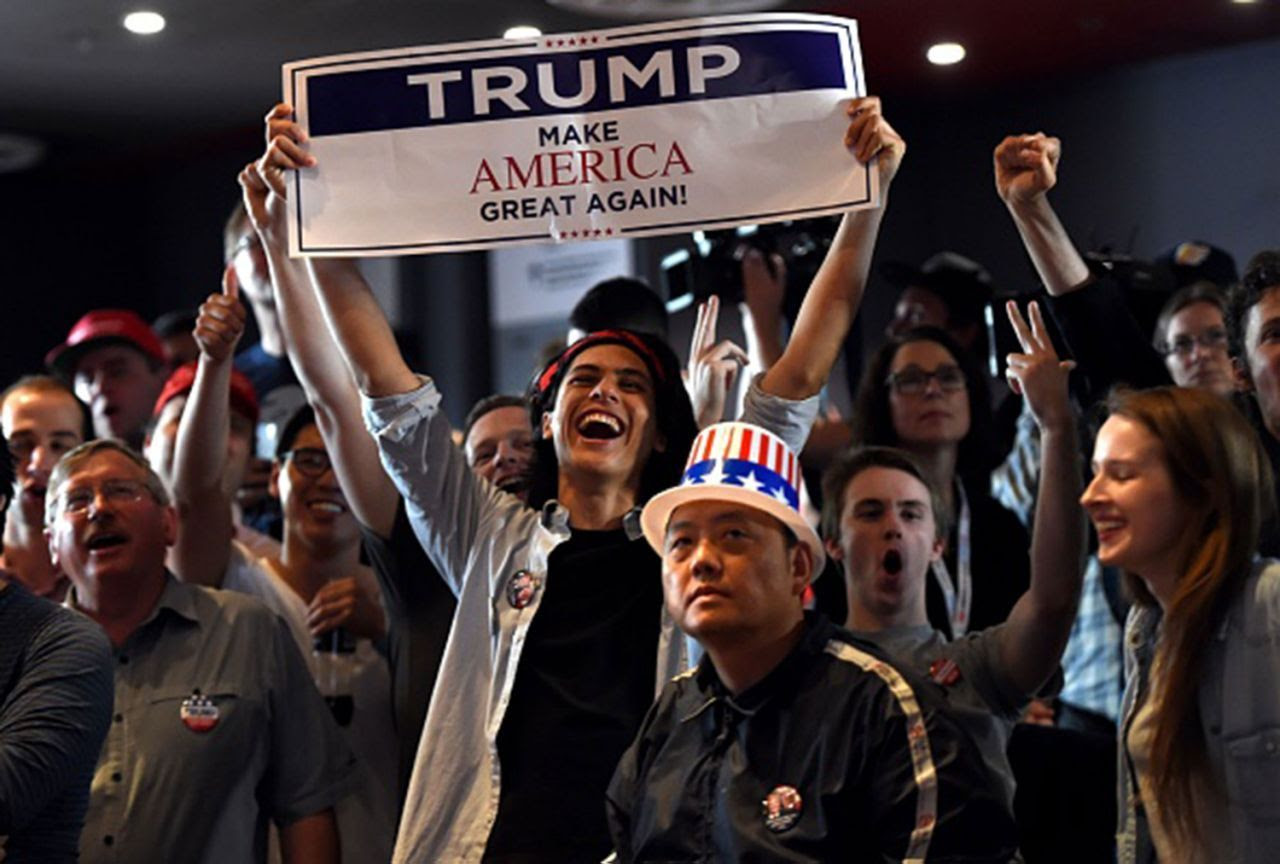 Supporters of U.S. Republican candidate Donald Trump celebrate as they watch results at the United States Studies Center at the University of Sydney on November 9, 2016. (Photo: Saeed Khan/AFP/Getty Images)

A woman sits on the floor at an election event organised by the US embassy, at a hotel in Seoul on November 9, 2016. (Photo: Ed Jones/AFP/Getty Images)