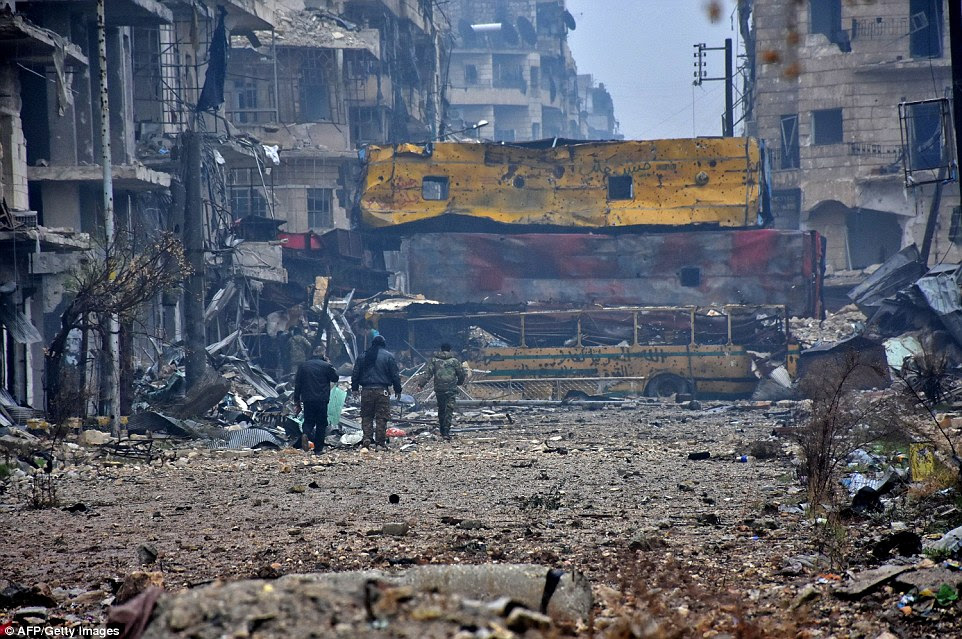 Militants in Aleppo said an agreement had been in place with Russia to cease bombardment in the city since this morning and that there should be a full ceasefire tonight. Syrian forces are pictured walking through the recaptured Bustan al-Qasr neighbourhood 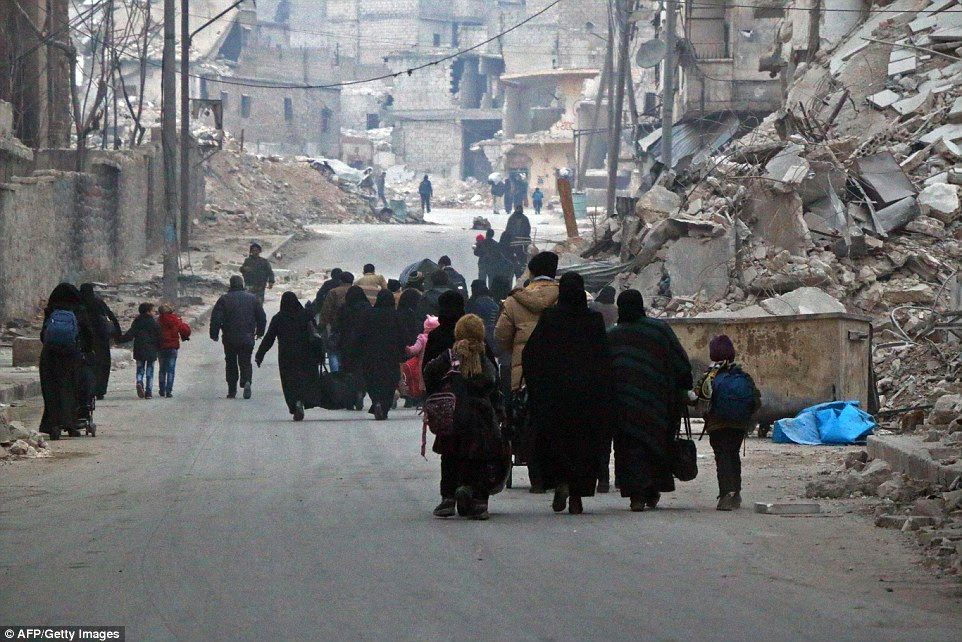 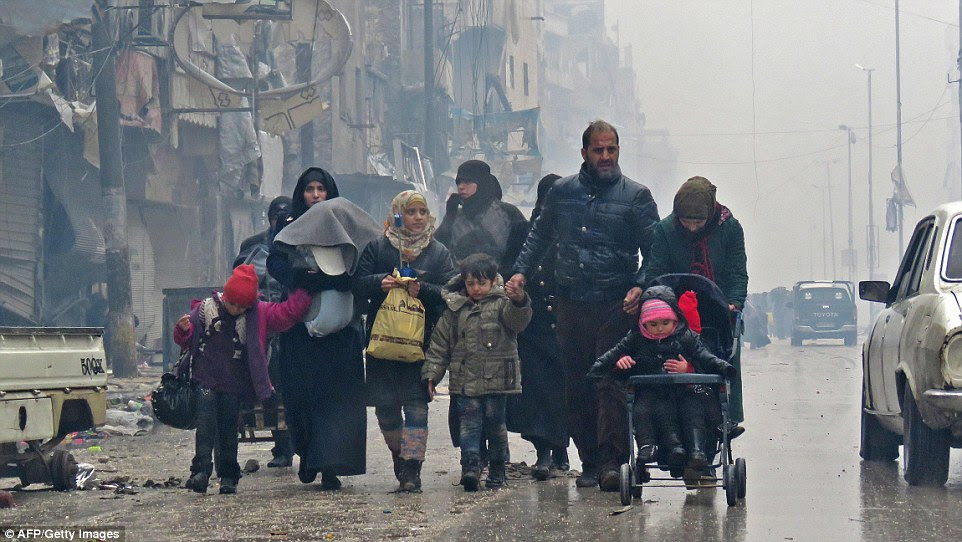 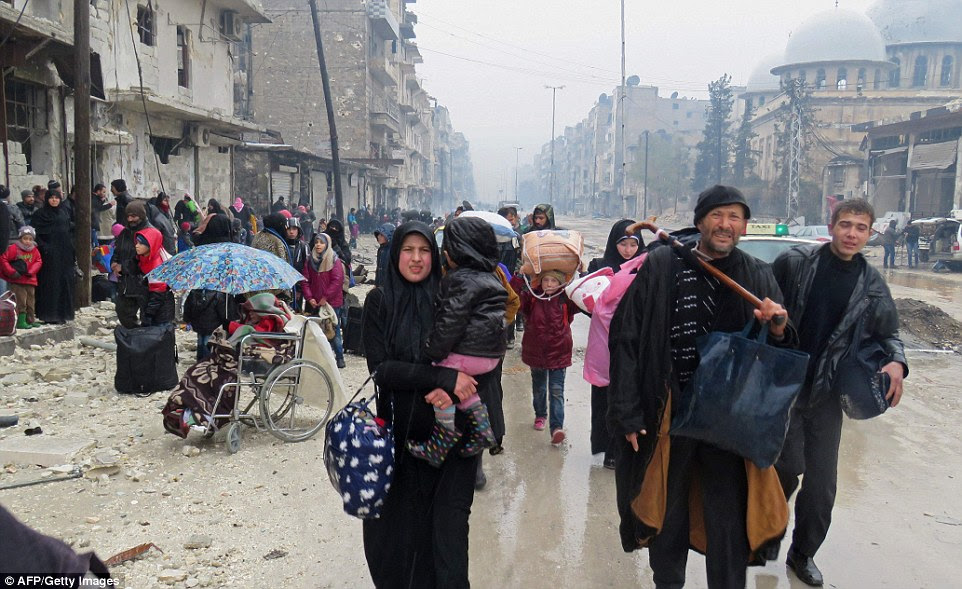 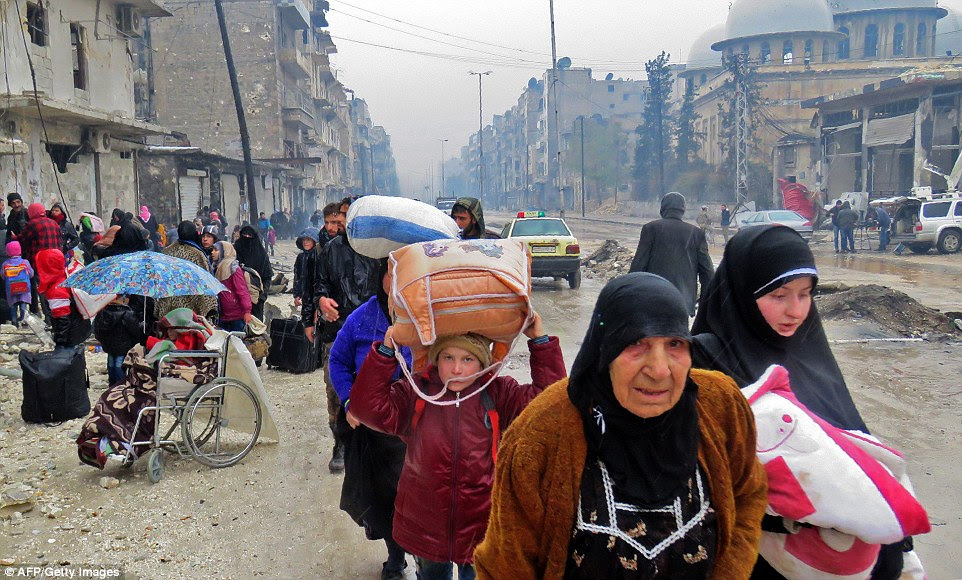 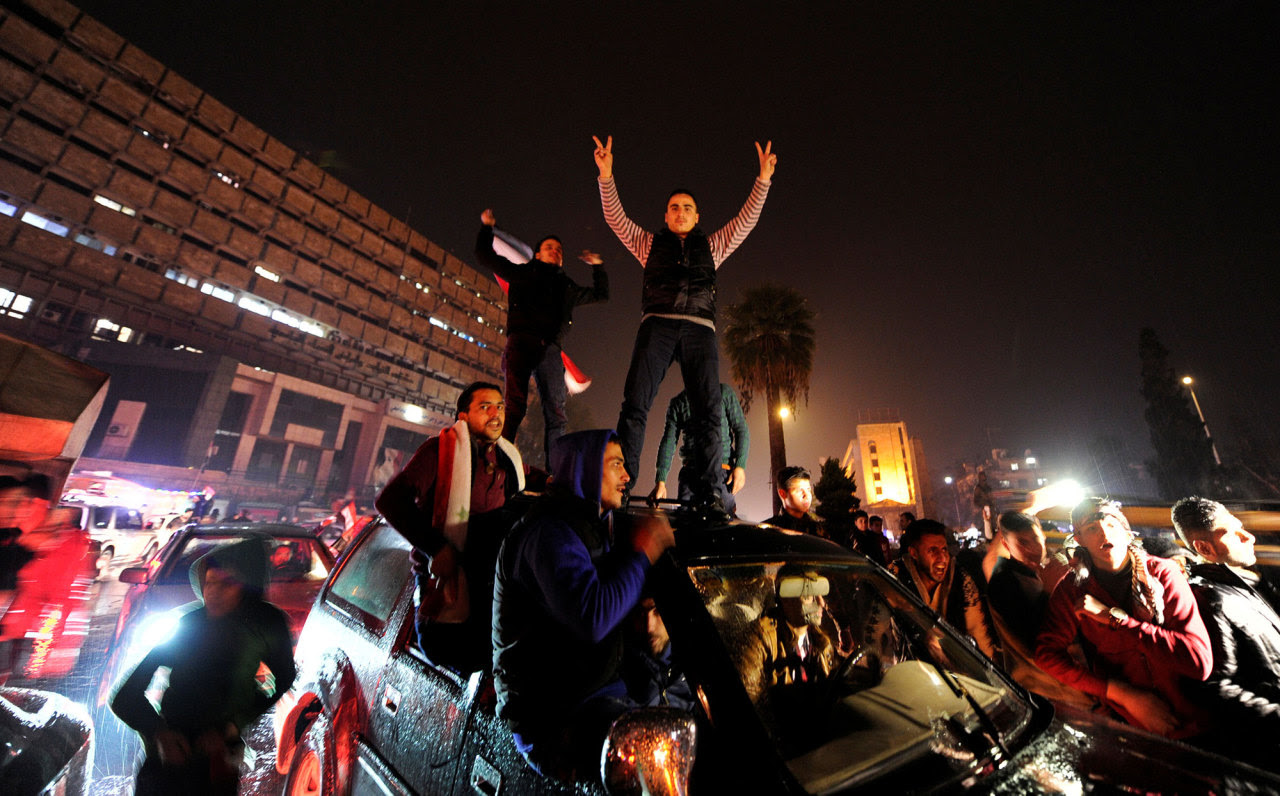 Supporters of Syria’s President Bashar al-Assad carry their national flags and gesture as they tour the streets in celebration of what they say is the Syrian army’s victory against the rebels in Aleppo, Syria on Dec. 12, 2016. (Omar Sanadiki/Reuters)

Civilians wait outside a government military police centre to visit their relatives, who were evacuated from the eastern districts of Aleppo and are being prepared to begin their military service, in Aleppo, Syriaon Dec. 11, 2016. (Omar Sanadiki/Reuters)

Syrians men displaced from east Aleppo last month wait for a security check to be able to return to their homes in the Hanano district of eastern Aleppo, Syria, Sunday, Dec. 4, 2016. (AP Photo/Hassan Ammar)