Tourist in the cafe of Aleppo Citadel, waching the old city from the citadel, Aleppo, Syria in 2008. (Carole Al Farah /Majority World/UIG via Getty Images) 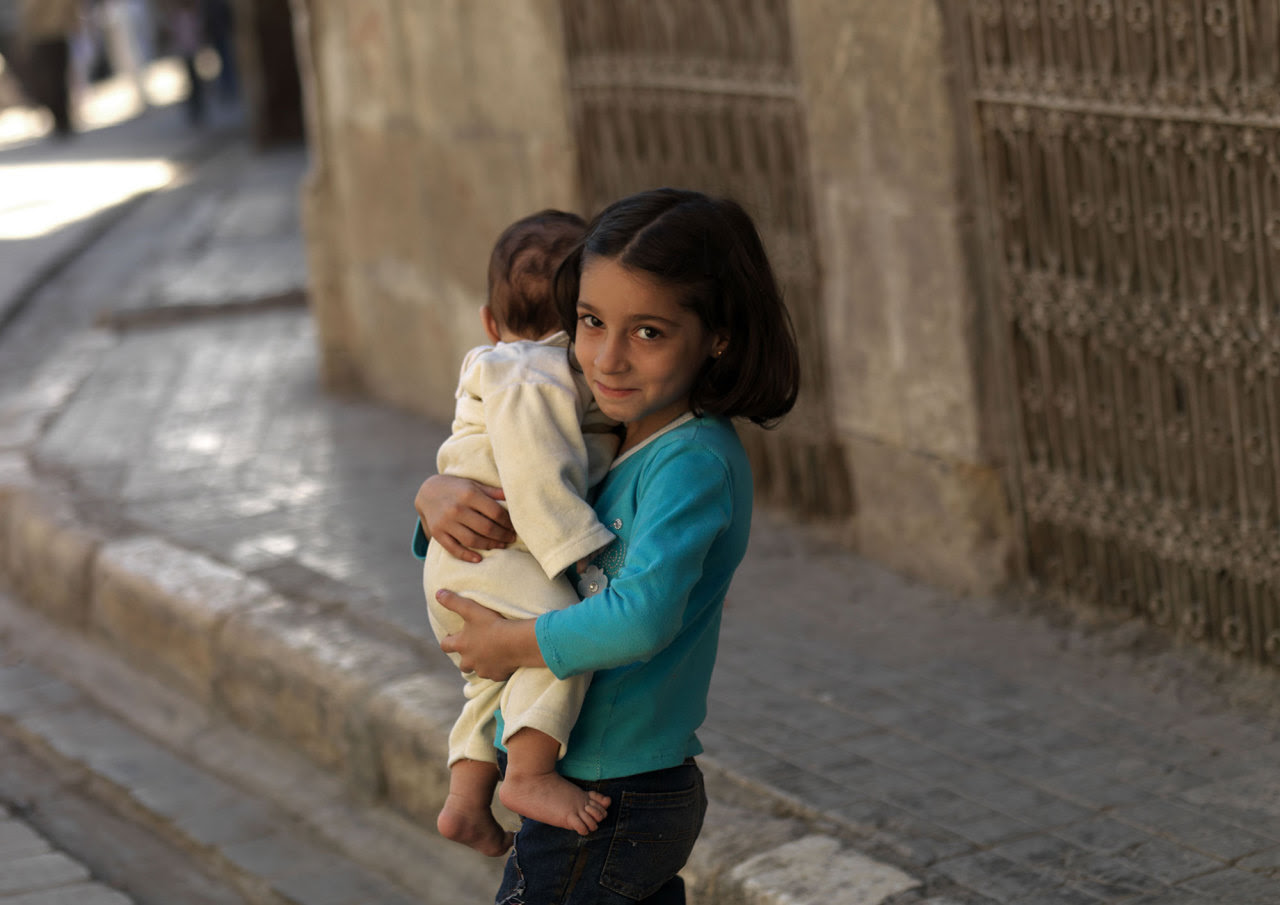 Kids head back home for Ramadan dinner in 2006. (Eric Laffourge/Gamma-Rapho via Getty Images) 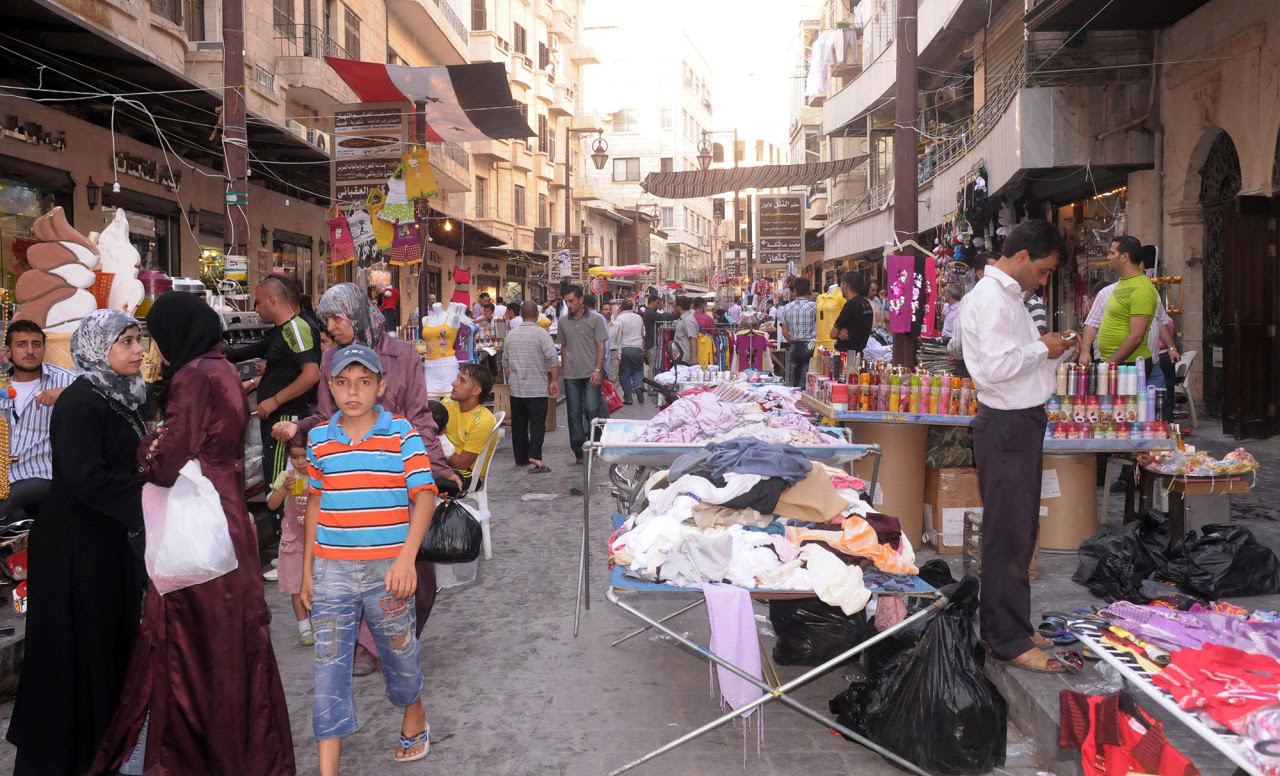 Traders, shops and stalls in the area of the medieval souk in the city of Aleppo in northern Syria in 2011. The ancient market, recognized by UNESCO as a world heritage site, was badly damaged by a blaze that started on September 28, 2012, destroying much of the souk as rebel forces clashed with Syrian government troops. (AFP/GettyImages)

A sweet shop inside Al Madina Souk in Aleppo, Syria, in 2010 before it was destroyed during the civil war. (Leisa Tyler/LightRocket via Getty Images) 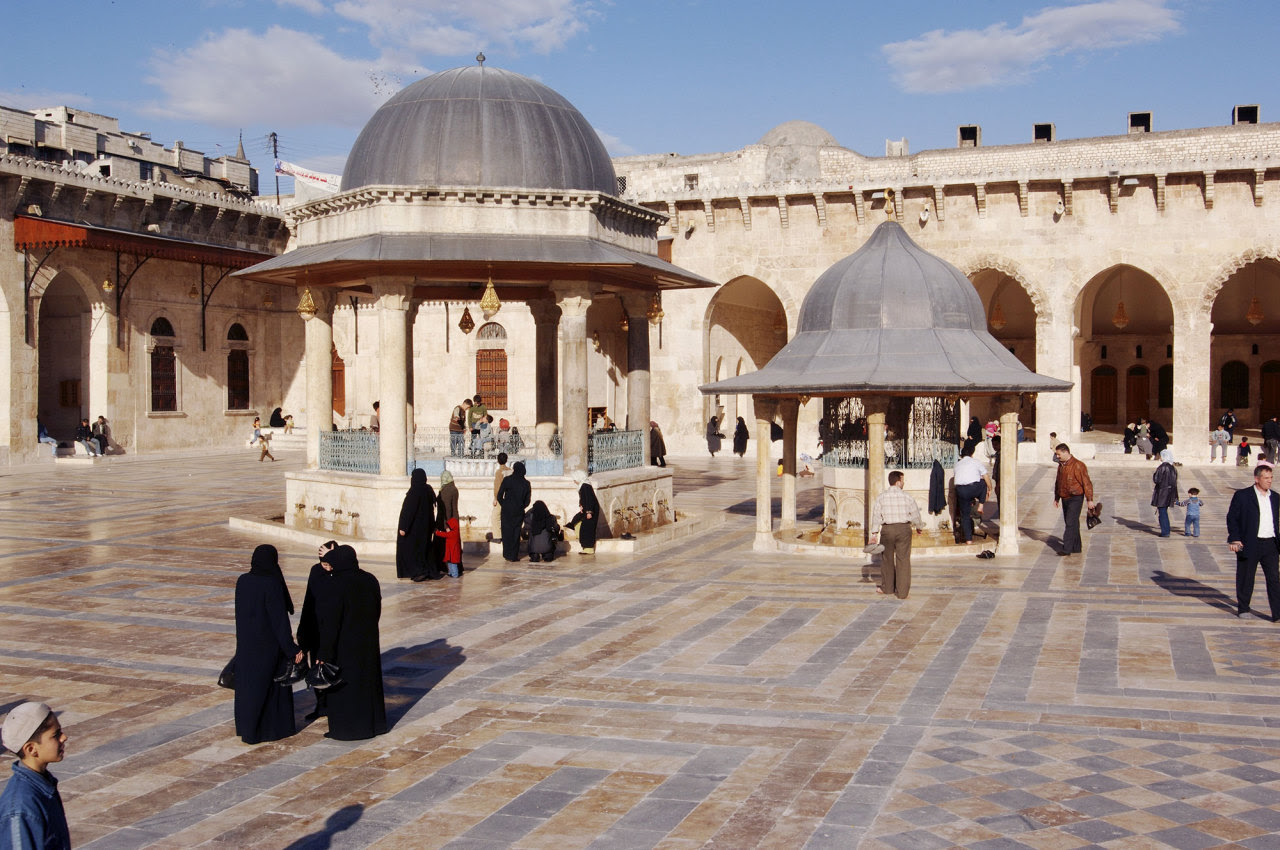 The Courtyard of the Great Mosque built in the 11th century in Aleppo. (DEA / C. SAPPA/De Agostini/Getty Images)

The view over Aleppo from the citadel, a large medieval fortified palace, before the civil war in 2010. It is built on top of a man-made earthen mound and the first fortifications date back to the third century BC. It became a UNESCO World Heritage Site in 1986. (Leisa Tyler/LightRocket via Getty Images) 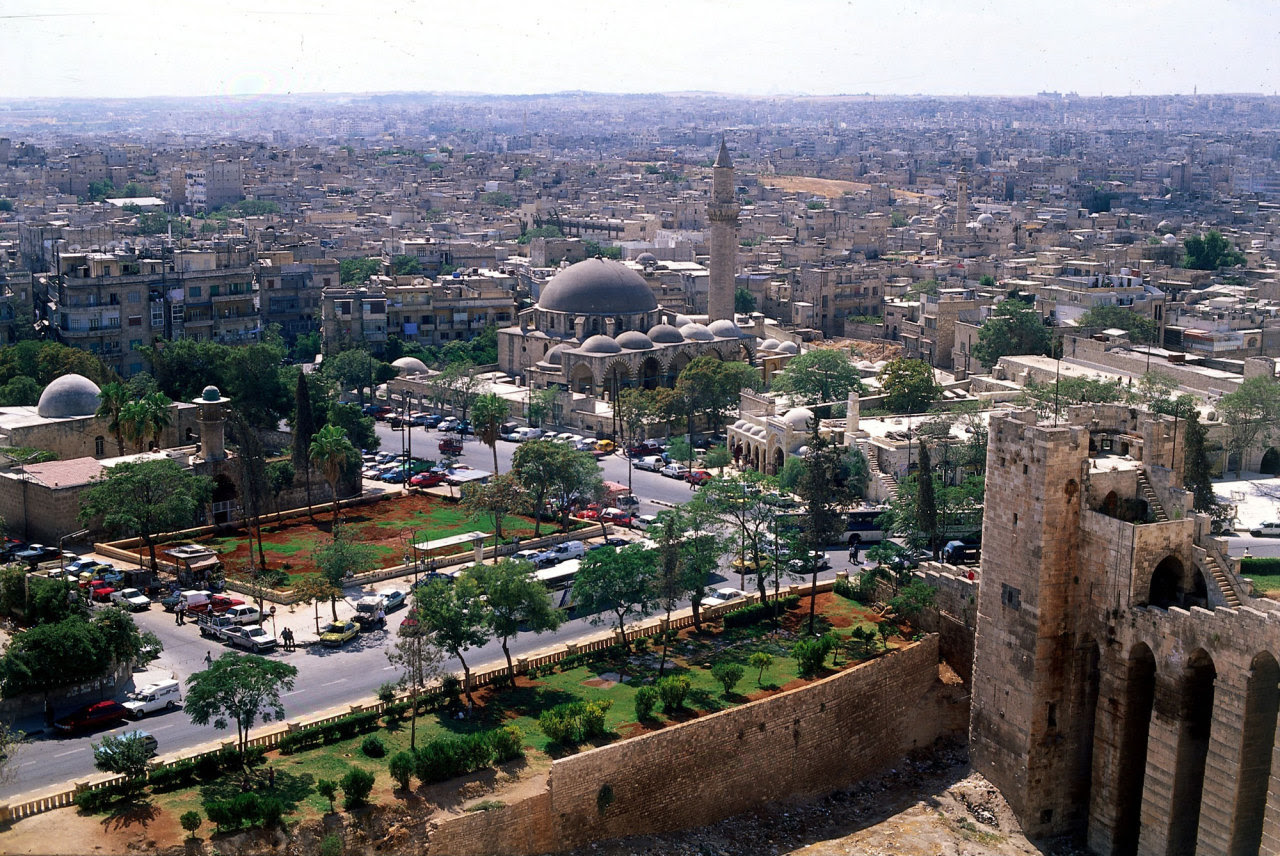 The view of Aleppo in 1997 from the Citadel to the city. The Great Mosque is seen in the center of the image. (Ihlow/ullstein bild via Getty Images)

The Citadel, built in the 13th century, is seen with evening lights in 1986 in Syria. (DEA / C. SAPPA/De Agostini/Getty Images)

General view of Aleppo in Syria during sunrise in 2006. (Khaled al-Hariri/Reuters)
What Aleppo, Syria looked like before the civil war
https://www.yahoo.com/news/aleppo-syria-looked-civil-war-slideshow-wp-170148347.html
張貼者： C.H. Lin 於 上午10:06