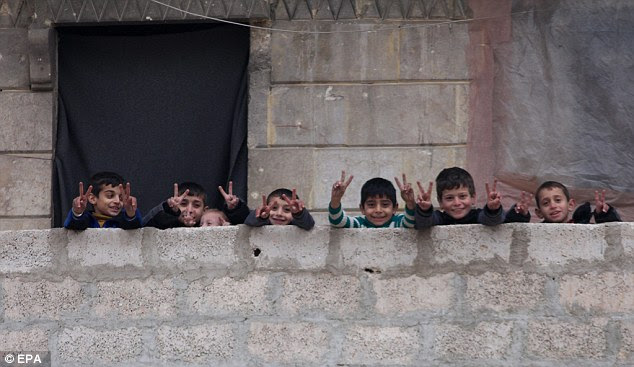 Exactly how many people are left in Aleppo is unclear, but a U.N. source said there were plans to evacuate 100,000 people from eastern Aleppo alone 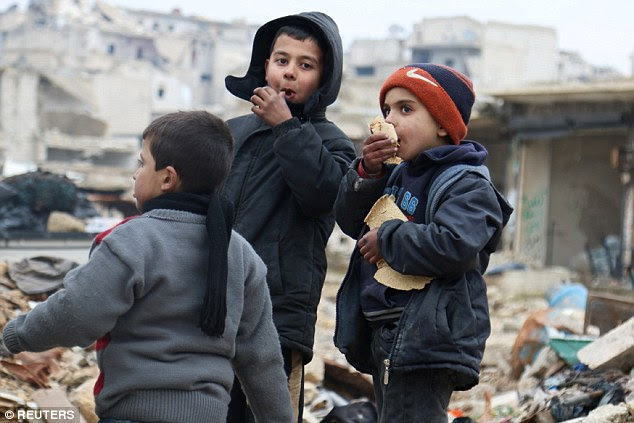 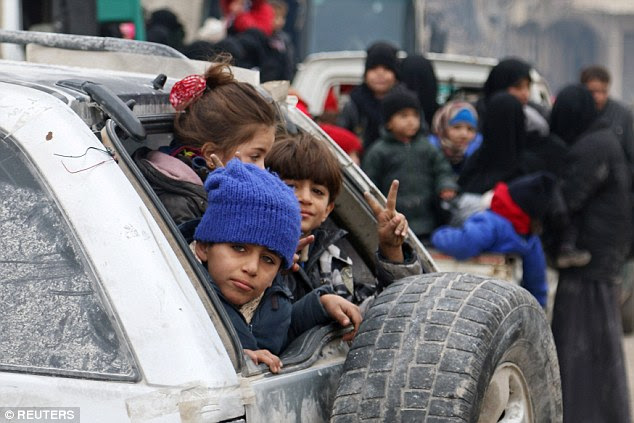 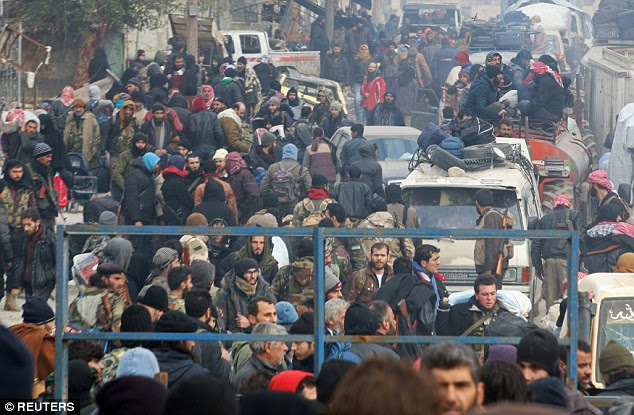 Boys react as they sit on belongings and wait to be evacuated from a rebel-held sector of eastern Aleppo, Syria December 16, 2016. (Photo by Abdalrhman Ismail/Reuters)

Forces loyal to Syria's President Bashar al-Assad sit on a tank as a convoy of buses and other vehicles bringing people out of eastern Aleppo turns back in the direction of the besieged rebel enclave, Syria December 16, 2016. (Photo by Omar Sanadiki/Reuters)

Civilians, trying to flee from East Aleppo that had been under siege by Iran led Shiite militias and Assad Regime forces, wait to be evacuated at Amiriyah District of Aleppo Syria on December 15, 2016. (Photo by Mamun Ebu Omer/Anadolu Agency/Getty Images)

A wounded Syrian woman from the al-Sukari neighbourhood is helped onto the back of a truck as she flees during the ongoing government forces military operation to retake remaining rebel-held areas in the northern embattled city of Aleppo on December 14, 2016. Shelling and air strikes sent terrified residents running through the streets of Aleppo as a deal to evacuate rebel districts of the city was in danger of falling apart. (Photo by George Ourfalian/AFP Photo)

Syrians gather during an evacuation operation of rebel fighters and their families from rebel-held neighbourhoods on December 15, 2016 in the embattled city of Aleppo. A convoy of ambulances and buses left rebel territory in Aleppo in the first evacuations under a deal for opposition fighters to leave the city after years of fighting. The rebel withdrawal will pave the way for President Bashar al-
Assad's forces to reclaim complete control of Syria's second city, handing the regime its biggest victory in more than five years of civil war. (Photo by Karam Al-Masri/AFP Photo)

A handout photograph released by the official Syrian Arab News Agency (SANA) shows people carrying their belonging and leaving the eastern neighborhoods of Aleppo, Syria, 07 December 2016. According to SANA, Syrian army secured the exit of new batches of civilians who were besieged by 'terrorists' in east of Aleppo after recapturing several neighborhoods. According to Syrian official and foreign NGO sources, the Syrian government forces recovered more East Aleppo districts, where they are involved in a large-scale offensive to expel the insurgents. Syrian rebel factions have also fully retreated from the historic center of Aleppo. (Photo by EPA/SANA)

Forces loyal to Syria's President Bashar al-Assad stand atop a damaged tank near Umayyad mosque, in the government-controlled area of Aleppo, during a media tour, Syria December 13, 2016. (Photo by Omar Sanadiki/Reuters)