Syrian children sit in a bus as a convoy including buses and ambulances, evacuating civilians, trying to flee from East Aleppo that had been under siege by Assad regime forces and pro-regime foreign terrorist groups, arrives in Syria’s Rashidin area, before the ongoing evacuation of civilians Aleppo was temporarily suspended after pro-regime terrorist groups attacked on Dec. 16, 2016. (Ahmed Al Ahmed/Anadolu Agency/Getty Images) 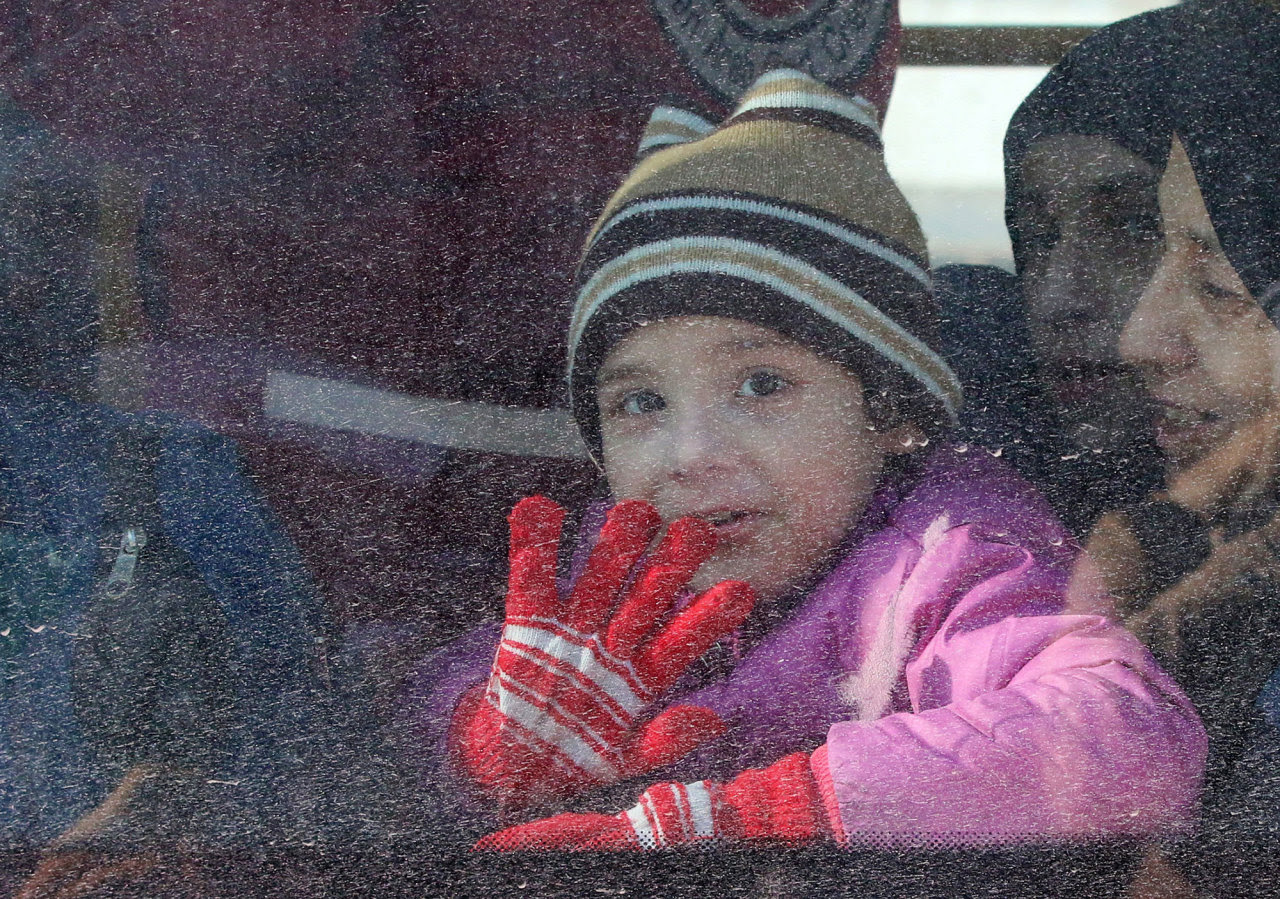 A child reacts from inside a bus evacuating people from a rebel-held sector of eastern Aleppo, Syria December 15, 2016. (Abdalrhman Ismail/Reuters) 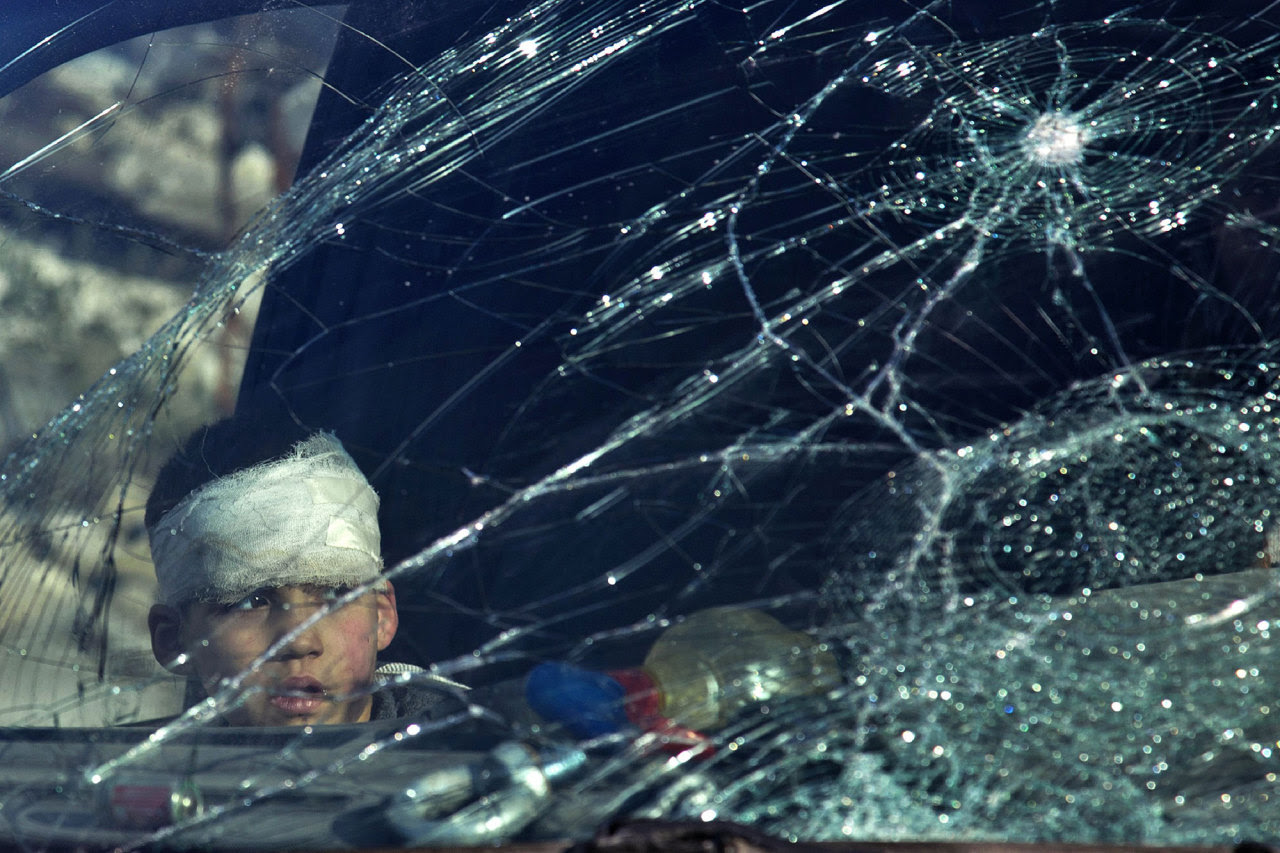 A wounded boy sits inside an ambulance as Syrian rebels and their families gather at the rebel-held al-Amiriyah neighbourhood as they wait to be evacuated to the government-controlled area of Ramoussa on the southern outskirts of the city on December 15, 2016. (Karam Al-Masri/AFP/Getty Images)

A handout photograph released by the official Syrian Arab News Agency (SANA) showing people waving the Syrian flag during evacuation of fighters and their families from rebel-held zones in Aleppo, Syria on December 15, 2016. (EPA/SANA) 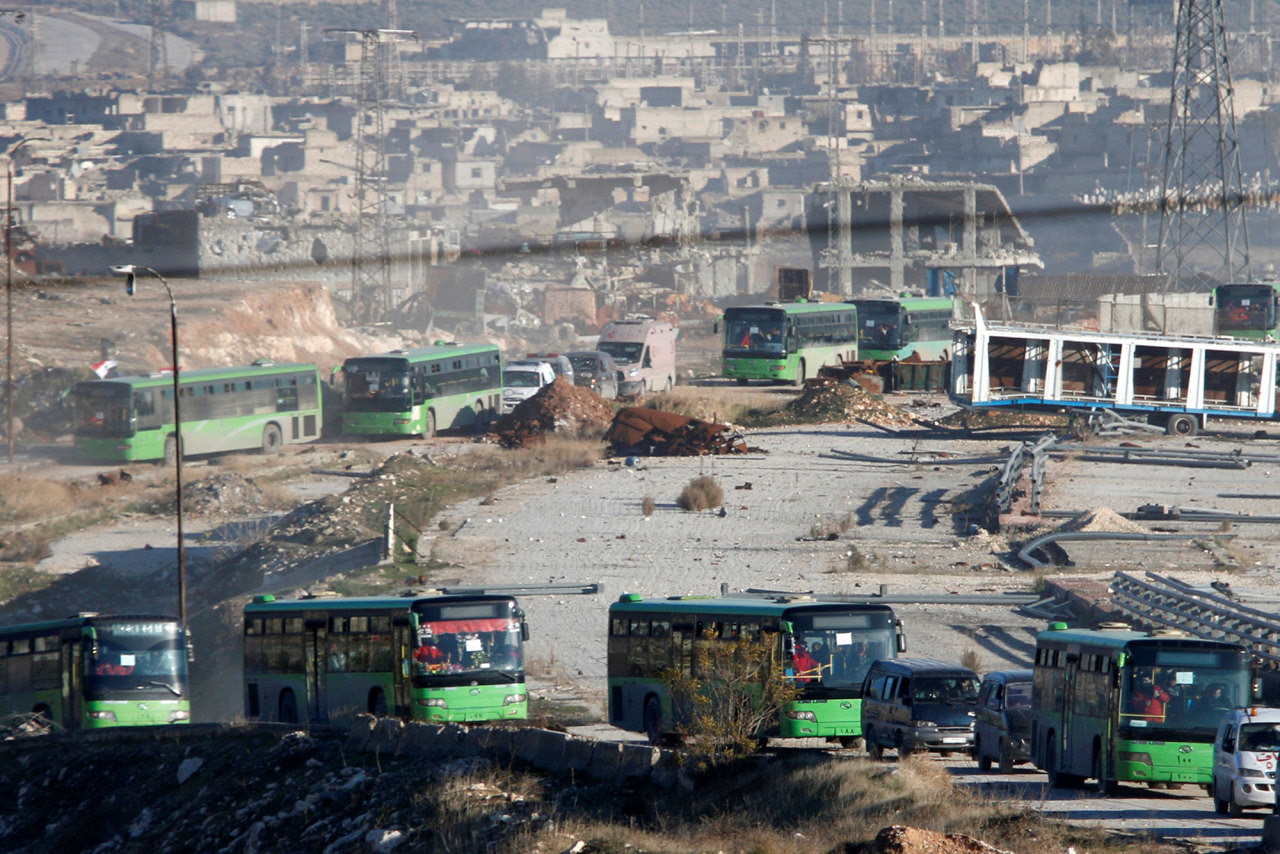 Civilians, trying to flee from East Aleppo that had been under siege by Iran led Shiite militias and Assad Regime forces, wait to be evacuated at Amiriyah District of Aleppo Syria on December 15, 2016. (Mamun Ebu Omer/Anadolu Agency/Getty Images)

People gather to be evacuated from a rebel-held sector of eastern Aleppo, Syria December 15, 2016. (Abdalrhman Ismail/Reuters)

In this photo released by the Syrian official news agency SANA, smoke rises in an east Aleppo neighborhood in Syria, Thursday, Dec. 15, 2016. Syrian activists said residents in eastern Aleppo are starting to board buses and ambulances, the first step in an evacuation that is part of the rebel enclave’s effective surrender. (SANA via AP)
Evacuations underway for thousands in Aleppo
https://www.yahoo.com/news/evacuations-underway-thousands-aleppo-slideshow-wp-181825784/photo-p-syrian-children-sit-bus-photo-181825410.html 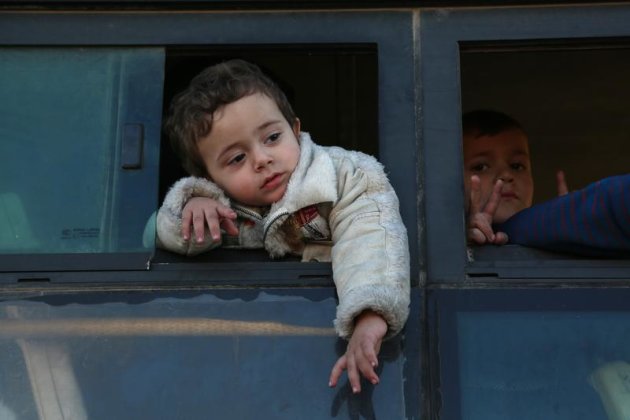